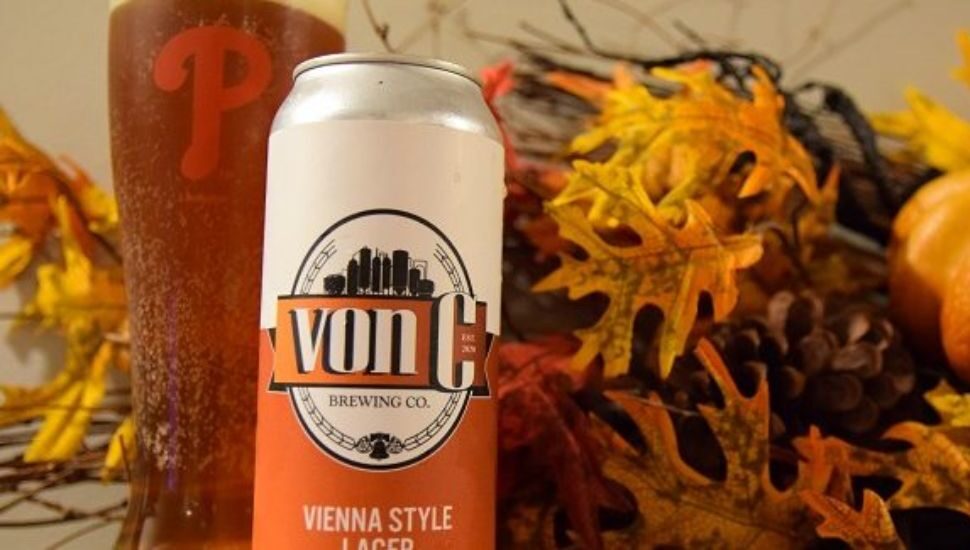 For Norristown’s von C Brewing Company, the title of its Vienna Style Lager is more than just a marketing label; it’s an insight into the beverage’s heritage. Kurt Bevilacqua profiled the beverage and its creators for PorchDrinking.com.

The von C family is named for Carl von Czoernig, great-grandson of the creator of a yeast that underpinned the distinct flavor of Schmidt’s beer, a Phila. staple from 1860–1987.

von Czoernig brought the signature yeast to the U.S. from Magstadt, Württemberg, a German territory encompassing the city of Stuttgart.

Five generations later, the von C’s still incorporate great grandad’s time-tested methods and ingredients into their lager — with a few innovations of their own.

According to Bevilacqua , the von C Vienna Style Lager pours a deep copper color, which is one of the distinct characteristics of this style. It also has a sweet and toasty aroma that informs its taste.

He declares it “…perfect for both crisp, sunny fall days and evenings spent around the firepit.”

Additional servings of information on the von C Brewing Company and its Vienna Style Lager are at PorchDrinking.com.