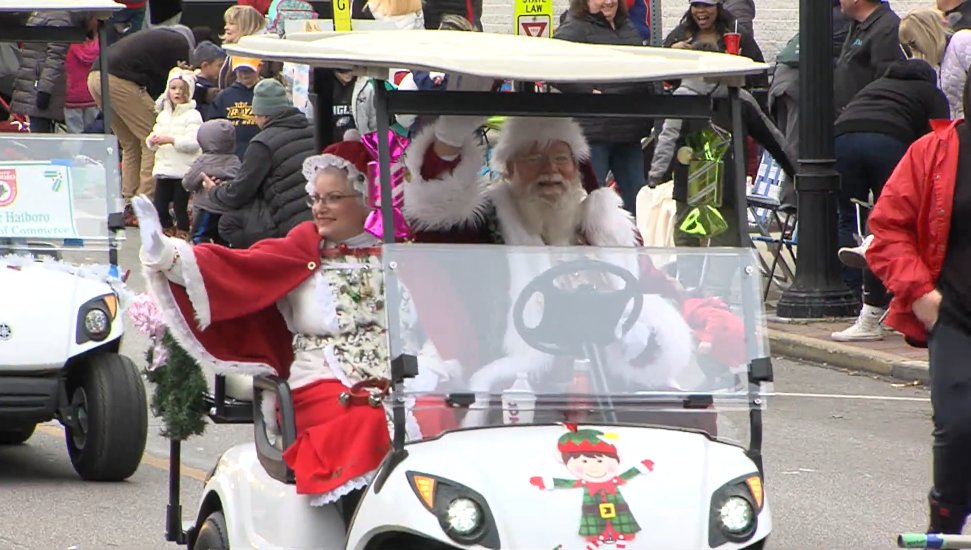 Image of the 2021 parade via Robert John at YouTube.
Hatboro's annual Santa parade is Nov. 20.

For the 67th time in its history, the Borough of Hatboro will gather on Nov. 20 for its annual Santa parade.

The route begins at Summit Ave. and proceeds south to Newington Drive. The parade is scheduled to run 2–4 PM.

“Each year thousands of spectators line up along the York Road parade route to celebrate and share in this season of thankfulness and hope,” said Timothy Schultz, Greater Hatboro Chamber of Commerce president and parade chairman.

“We want to showcase the borough’s terrific businesses and community spirit with this colorful and lively free family event, which is the largest celebration of its kind in Montgomery County,” he concluded.

The 2022 Grand Marshal is James Maccaroni, longtime resident of Hatboro, active in the Millbrook Society (a borough preservation society) and a parade volunteer.

Children are encouraged to bring their letters for Santa, which will be collected by Santa’s helpers from UPS.