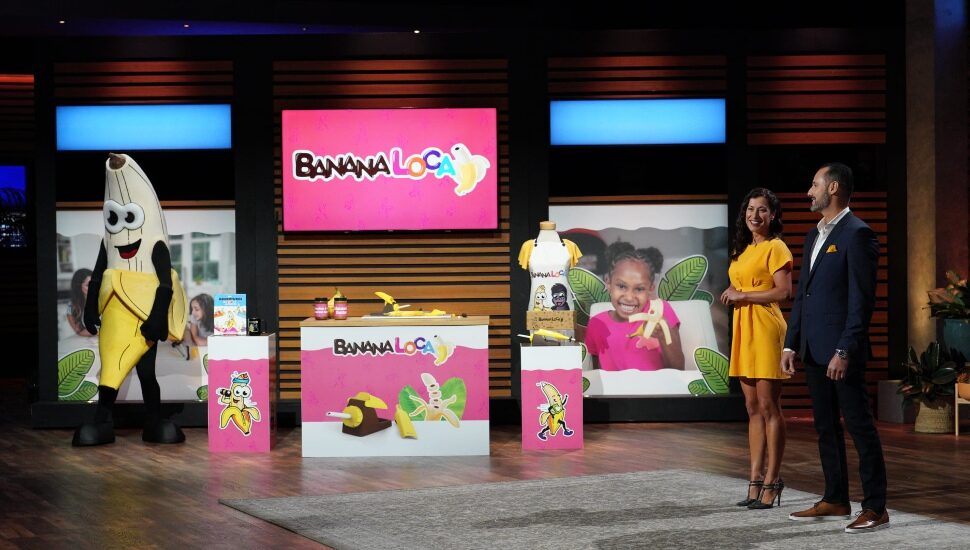 Nov, is National Peanut Butter Lovers’ Month. And a pair of King of Prussia inventors have figuring out a way to stuff bananas with delicious, gooey, nutty spreads without breaking them. Their Banana Loca tool, with Shark Tank funding behind it, has been very successful. Reporter Anna Hendrix peeled back the layers of this story for NewsBreak.

Renee Heath and Bechara Jaouden created the kitchen gadget to enable snack-lovers to place foodstuff like peanut butter (or jelly, or both) inside a banana and then eat the fruit as usual.

They named the device Banana Loca and created a company to produce, market, and sell the unique injector.

The pair appeared on Shark Tank in December 2021, where they sought $250,000 in exchange for 25 percent stock in their company.

The presentation went flawlessly, and the oversized banana mascot they brought with them turned out to be a big hit.

By the end of the episode, they had managed to snag two deals for the company, with Mark Cuban and Kevin O’Leary.

Since then, their business has been thriving.

“People are going bananas!” said Heath. “The videos and pictures that we get — especially on Instagram and TikTok — are amazing. We see families and people of all ages using it.”

Nostalgia Could Be Triggering a Return to Bookstores in Montgomery County