Berwyn Man Vows to Keep His Family Safe, Dismantle Stereotypes That Accompany Being Black and Armed 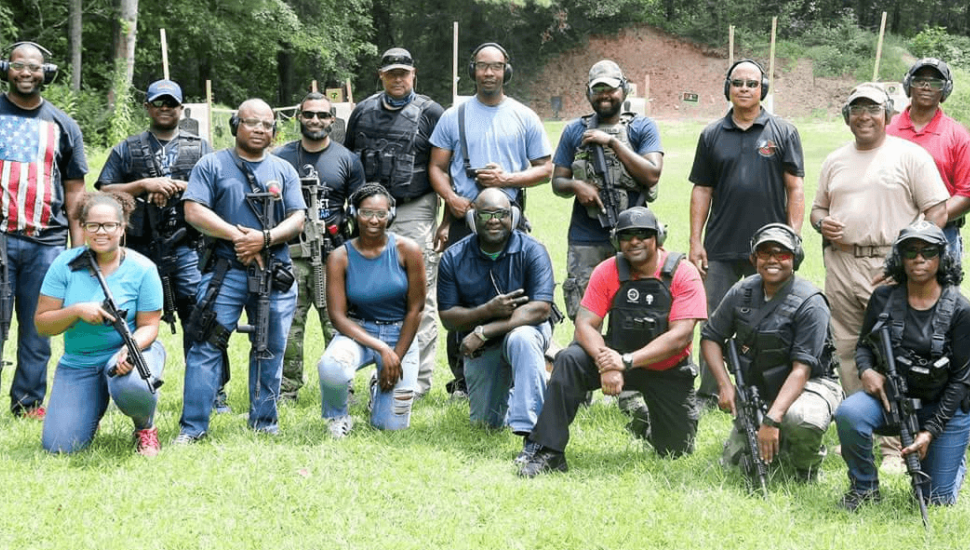 Image via the NAAGA.
Members of the National African American Gun Association.

C.T. Green, a Berwyn resident and member of the National African American Gun Association, aims to keep himself and his family safe while reversing the harmful stereotypes that accompany being Black and armed, writes J.F Pirro for Main Line Today.

Founded in 2015 by President Phillip Smith, the NAAGA was created to promote the gun ownership and safety of African Americans in the U.S.

Although he has never felt unsafe in his Berwyn neighborhood, the 33-year-old from New Orleans had many suspicious encounters in Philadelphia before he had moved to the Main Line. He had been doing work for his job at LG Electronics, when he returned to his car to see several men in his rearview mirror scouting out his Louisiana-licensed vehicle.

Not wanting to take any chances, he drove off. Later, he purchased two firearms, one for himself and his wife, in case “things go south.”

For the Greens, they do not take owning firearms lightly. Both are trained and supported by the NAAGA’s Philadelphia chapter.

“It worries me. I don’t want to be caught unarmed if things go wild and crazy in some kind of race war,” he said about the pandemic. “It’s not just criminals becoming criminals. It’s people more desperate for money, food, medicine, or something for their kids — and that’s a more dangerous person.”

Editor’s Note: This article was originally published in March 2022.

Berwyn Scientist, a Pioneer in His Field, in Line for Nobel Prize