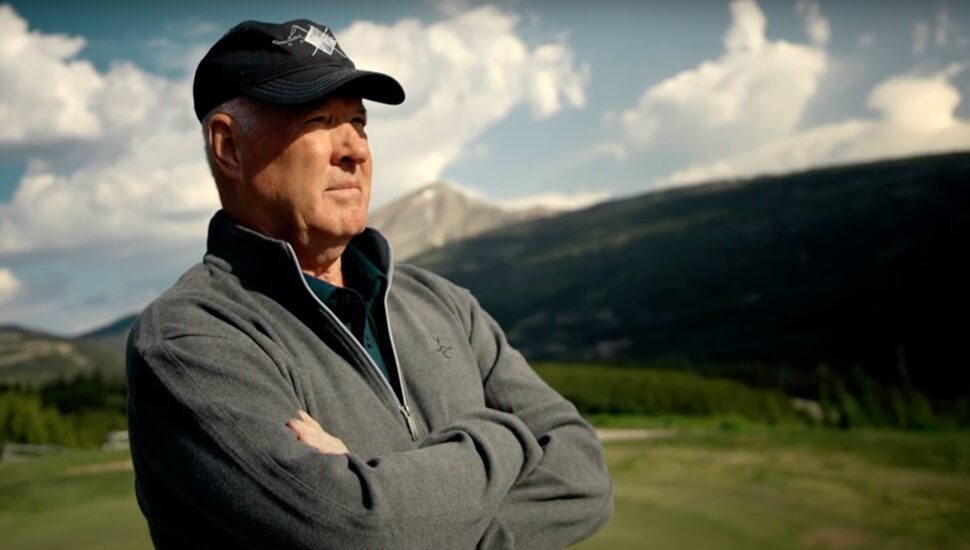 Image via Youtube screenshot, The Yellow Stone Club.
Tom Weiskopf who passed away Aug. 20, was a golf hero many.

Sports commentator Jim Nantz gave Whitemarsh Valley Country Club in Lafayette Hill a shout-out in his homage to his golf hero, Tom Weiskopf. Nantz has worked on the CBS broadcasts of the NFL, NBA, and PGA since the 1980s. But it was long before his career when Weiskopf stole his heart.

“Tom looked the part of hero and played it beautifully. When he had a club in his hands, it was hard to take your eyes off him.” writes Nantz for Golf Digest magazine.

The long-time admirer and fanatic followed Weiskopf around the country for his various tours, including the legendary PGA. Nantz says his family would drive all the way from New Jersey to Florida to see him play.

But it was in the summers that he would religiously visit Whitemarsh Valley to see his hero. He says Weiskopf’s best year was 1973, which included a victory at Lafayette Hill’s course.

Like a dream come true, Nantz and Weiskopf became broadcasting teammates nearly a decade later. Their friendship continued until Weiskopf’s death this past August. The night he passed away, Nantz asked Weiskopf’s wife, Laurie, to whisper in his ear and thank him for being a “hero and a treasured friend.”

When Laurie called with the news of the passing, Nantz writes, she said; “I whispered in his ear. And he heard it.”

Rumor has it that Weiskopf may be inducted into Saint Andrew’s Hall of Fame in 2024.

“When he’s ushered in, the game will make clear that it’s never too late to tell someone you love them.” writes Nantz.