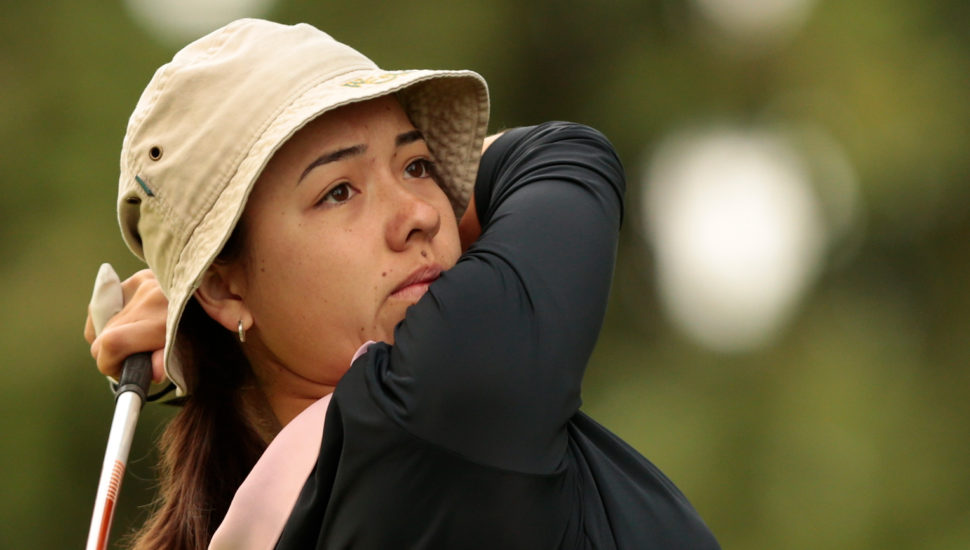 Although Alessandra Liu represents Horsham’s Commonwealth National Golf Club in competitions, the Bala Cynwyd native and Lower Merion High School graduate is hoping that her vague knowledge of and close proximity to Springfield’s Rolling Green help her next week in the 116th U.S. Women’s Amateur Championship.

Liu, the 14th-ranked women’s amateur in America and 36th-ranked in the world, will tee off at Rolling Green – which is a mere hop, skip, and jump from her childhood home in Montgomery County – at 7:37 AM Monday.

“I played the front nine there in a high-school match against Springfield, and played the full 18 one other time,” said Liu. “So I’m not super familiar with the course. I’m know its type, though. It has a lot of valleys, is very hilly, and has a thick rough.”

With a degree in kinesiology and health sciences in tow, Liu recently graduated from William & Mary, and this past season, was named the Colonial Athletic Association’s Women’s Golfer of the Year. She is the first golfer, male or female, in school history to win the award.

As a five-year-old, Liu was introduced to the sport by her father, Grant Liu, a pediatric neuro-ophthalmologist at The Children’s Hospital of Philadelphia.

The United States Golf Association received a record 1,381 entries for this year’s Women’s Amateur, which was open to golfers who have a Handicap Index not exceeding 5.4. Sectional qualifying recently whittled the championship field to 156 players.

Following rounds of stroke play on Monday and Tuesday, the field will be cut to the 64 players for match play. Six rounds of match play, all televised by Fox Sports 1, will determine the champion.

After the Women’s Amateur, Liu is scheduled to enter the first stage of LPGA Qualifying School at the end of August in Rancho Mirage, Calif. The goal is to earn her tour card, but if she doesn’t, it won’t preclude her from earning paychecks as a golfer. (Most professionals never secure a tour card, which guarantees entry to most tournaments for one year.)

“I think my big transition to becoming a serious golfer occurred during my junior year of college,” Liu said. “I was up and down until that point. But I stuck with it, and didn’t panic or change my swing because my scores weren’t as good as what I was capable of.”