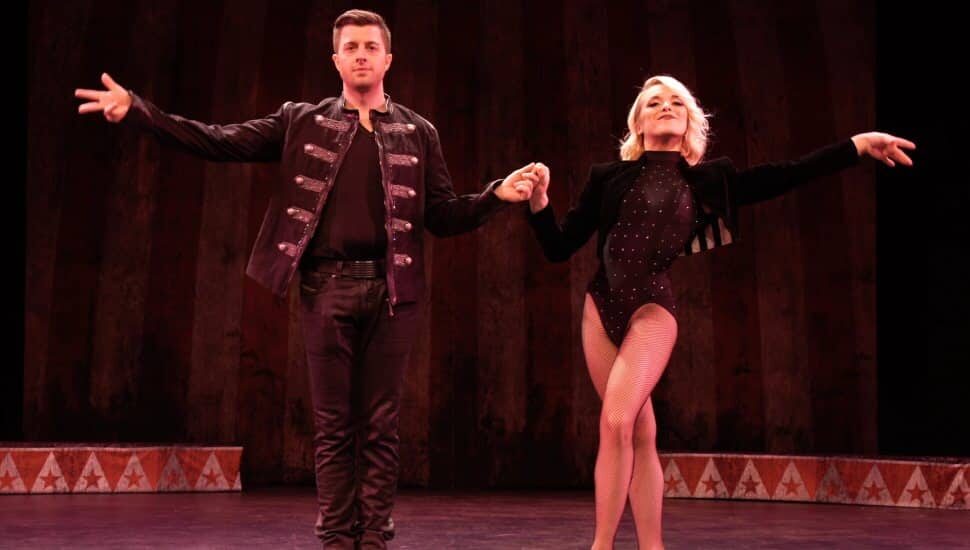 The Great DuBois, the two-person circus act that was showcased in the movie The Greatest Showman, is coming to West Chester University for one performance only on Friday, Nov. 4 at 7 PM.

Tickets are now on sale to the public at wcupatix.com or 610.436.2266. The performance will take place in the Emilie K. Asplundh Concert Hall in the Philips Memorial Building on 700 South High Street.

Hailed as a fast-paced high energy circus show for all ages, The Great DuBois act includes juggling, hula hoops, unicycle, aerial, circus stunts, contortion, magic, and audience interaction all wrapped in a blanket of comedy. In addition to being featured in The Greatest Showman, The Great DuBois has also been seen in the hit Broadway show Pippin, and on the Tonight Show with Jay Leno and Late Night with David Letterman, among others. The Great DuBois is made up of Michael DuBois and Viktoria Grimmy, who have five generations of circus performing experience between them.

The Great DuBois is being presented as part of the university’s WCU Live! performance series. The remaining WCU Live! season includes: Erin Brockovich will speak as part of the President’s Speaker Series on Saturday, March 11 at 8 PM; Rhythm of the Dance on Tuesday, March 14 at 7 PM; and Tamagawa University Taiko Drumming and Dance on Tuesday, April 11 at 7 PM. Tickets for all of these event are also on sale at wcupatix.com.

Philadelphia Once Again Earns @#$%&! Title as Rudest City in the U.S.