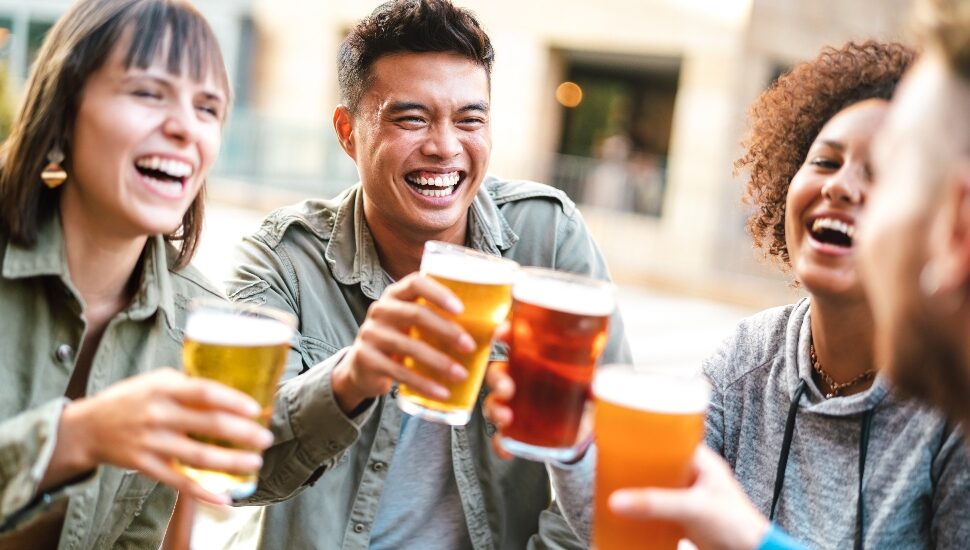 We all know Pennsylvanians love to drink, but apparently not as much as some of our neighbors or the western part of the nation, according to a new ranking by Vine Pair.

The Keystone State residents drink less per capita than most of the country, but consume more alcohol overall than all but a few states.

Pennsylvania ranked at No. 29 among the states that drink the most alcohol based on gallons per capita per year.

The state’s residents consume 2.34 gallons, which is about the same as the country’s average of 2.35 gallons. This is also significantly less than the neighboring Delaware, which ranked in third place with 3.52 gallons per capita.

Meanwhile, New Hampshire residents drink the most per capita in the country at 4.67 gallons per capita.

However, Pennsylvania broke the top five among states whose residents drink the most gallons of alcohol per year overall. It tied in fifth place with Illinois with 25.2 million gallons per year. California took the top spot with a whopping 81.2 million gallons consumed overall.