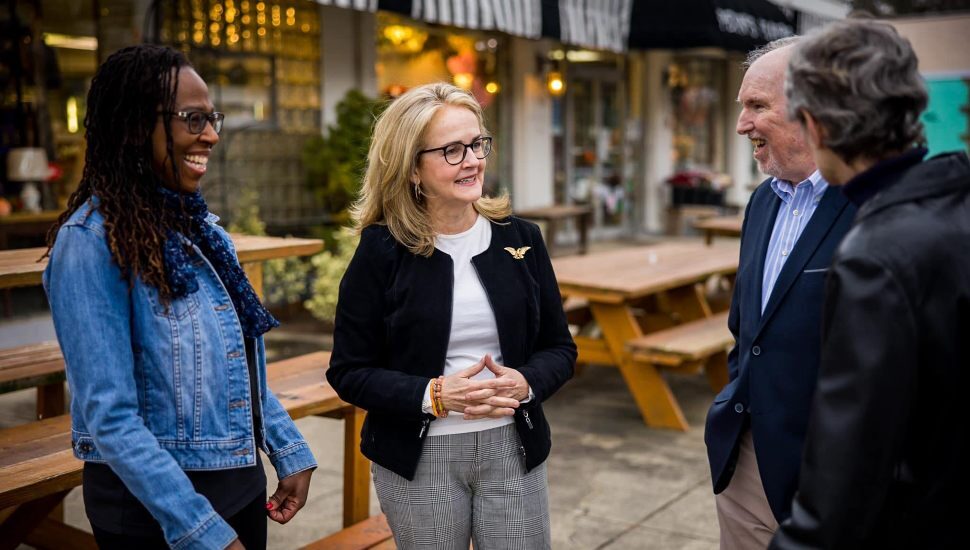 A political contest that ordinarily would be seen as an undercard bout is taking on greater significance among House Democrats this year. The four contenders seeking to be the vice chair of the House Democratic caucus — a slot currently with more upward potential than usual — include Glenside’s Rep. Madeleine Dean. Politico‘s Sarah Ferris and Nicholas Wu analyzed what’s on the line for her.

At stake is the No. 6 position in the Democratic Party’s hierarchy.

It’s a race complicated by future moves — or potential moves — by party leaders that filter all the way up to Nancy Pelosi and her two chief colleagues.

Should any of the three of them decide for a professional change, No. 6 could eventually become No. 1.

Dean, a graduate of Abington High School and LaSalle Unversity, rose to prominence after Pelosi tapped her to help argue one of President Trump’s Jan. 6 trials. The task resonated with her; she spent part of the Capitol riot barricaded in a gallery with frightened colleagues.

Dean has also weathered an active docket. “These two Congresses have been so jam-packed, dynamic, incredibly important …,” she said.

As she campaigns, she cites her Montgomery County youth.

As the youngest of seven children, she tells voters, “I know how to navigate a complicated family, which is what the caucus is.”

More on Madeleine Dean and the vice chair of the House Democratic caucus race is at Politico.