Char&Stave, Ardmore, Raises the Bar on the Traditional PSL 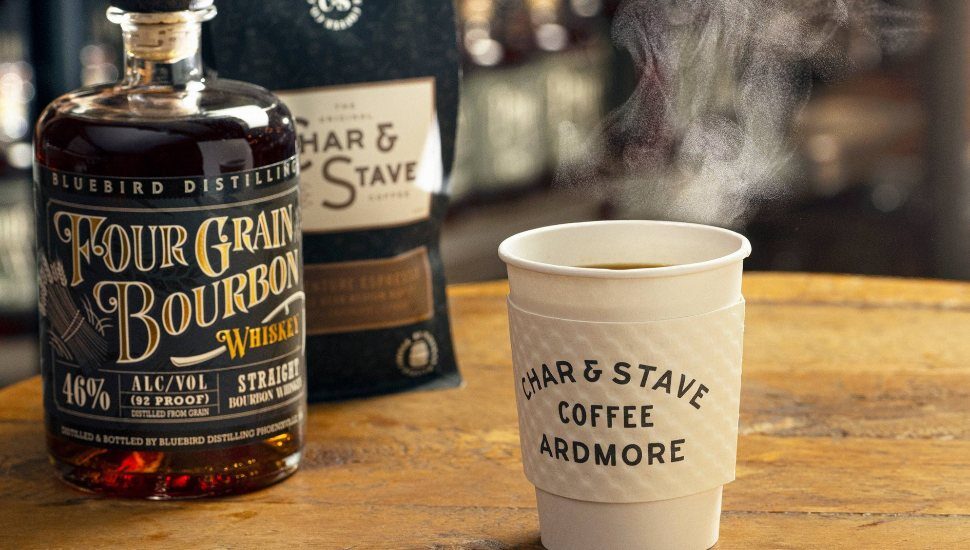 Local caffeine fans who, now in mid-fall, are losing their fervor over one more taste of a pumpkin spice anything may be glad to know that Char & Stave Coffee, Ardmore, has something different (but still seasonal) on its morning beverage menu.

The new roastery (it opened in April) has now established itself well enough to begin introducing new blends in time to chase away the calendar’s oncoming chill.

Two new flavors — flannel and rumpkin spice — are available for purchase in the Ardmore shop (at 21 Rittenhouse Place) and at its sister entity, Bluebird Distilling (100 Bridge St., Phoenixville).

The synchronicity between the two business is reflected in the company’s motto: “Coffee made by whiskey people,” a connection underscored by the baristas’ brand name. Their beans undergo a “barrel-aged roast” akin to the bourbon-making process, according to the proprietors.

The flannel blend is advertised as being both “warm and savory,” with a flavor blend of chocolate, brown sugar, and jam.

As the autumn sun begins to wane, Char & Stave Coffee then transitions daily to adult beverages. Fall-flavored options include a pumpkin-spice expresso martini.

Find the Best Flavor Fall has to Offer in Montco: Pumpkin Spice

‘Spiced Wafers are the original pumpkin latte,’ but who knew they were a local product?