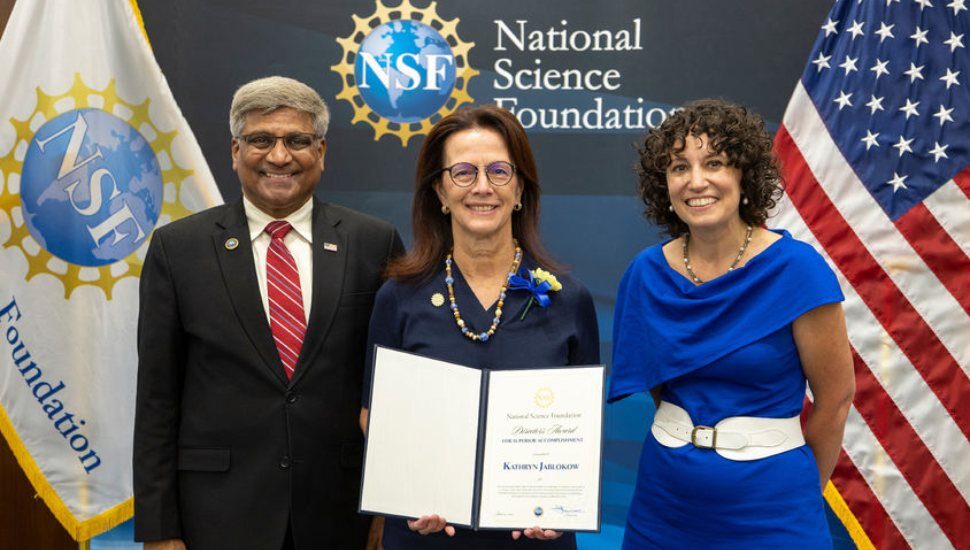 Now in its second year, ERI focuses on bolstering new researchers who have never received federal funding. The program is also exclusively for “investigators that are not affiliated with ‘very high research activity’ R1 institutions,” providing support for researchers who are often less likely to apply for NSF awards.

“In engineering, we know that we’ve got outstanding faculty and students doing innovative work at some of these non-R1 schools,” Jablokow said. “How can we encourage them to apply? That really was the idea behind [ERI]. We know that those funding-worthy research ideas are out there.”

Jablokow is in her third year of a multi-year term as program director for the NSF’s Engineering Design and Systems Engineering program in the Division of Civil, Mechanical and Manufacturing Innovation (CMMI). The impetus for forming ERI started early in her tenure, and it took about a year to launch the program, which was very successful in its first awards cycle, Jablokow said.

A crucial piece of starting the program — and ensuring it would have a wide reach — was collaboration across multiple divisions within the NSF’s Engineering Directorate: CMMI; the Division of Electrical, Communications and Cyber Systems (ECCS); and the Division of Chemical, Bioengineering, Environmental and Transport Systems (CBET). The award-winning team included nearly a dozen program directors and other key NSF staff.

“We were excited and really pleased to receive the award,” Jablokow said. “It gives what we created higher visibility, and it helps demonstrate what teams inside NSF do every day — including new cross-divisional projects. Different kinds of scientists, different kinds of engineers can come together and create something that helps a large group of new investigators bring their great ideas to NSF.”

The team received the 2022 NSF Director’s Award for Superior Accomplishment at an in-person ceremony at NSF headquarters in July — the first time Jablokow was physically at the building in at least a year. After two years of working remotely, minus one or two trips for tech support, Jablokow was glad to see her office for the upcoming year and meet her collaborators face-to-face, she said.

Applications for ERI’s second cycle are currently open and close on Oct. 11. Faculty at all of Penn State’s Commonwealth Campuses are eligible to apply, so long as they have never received federal funding (some exceptions apply, so potential investigators should read the ERI solicitation carefully).

“The wonderful, exciting thing about the Engineering Research Initiation program is that only Commonwealth Campus faculty are eligible — this program is not open to UP (University Park),” said Lisa Wiedemer, manager of grant relations for the University College, Penn State Abington and Penn State Great Valley. “It makes for a really level playing field, as all the proposals being submitted are from relatively equally resourced institutions.”

“NSF has always seen the value — and understood the constraints — of smaller institutions and has traditionally viewed Penn State campuses as separate from UP and from one another. Commonwealth Campuses have responded by doing great work for NSF, including in programs that are only open to predominantly undergraduate institutions; we’re hoping that will continue under the ERI,” continued Wiedemer.