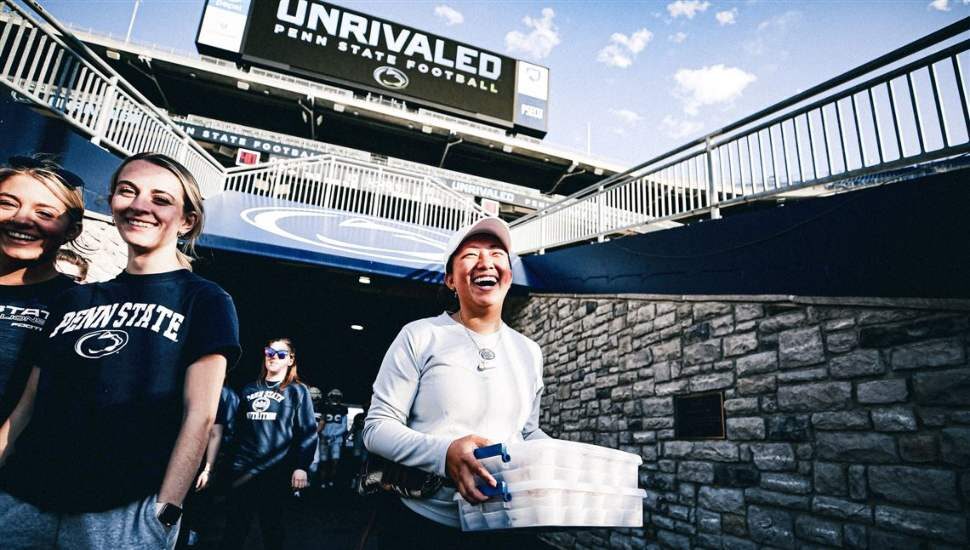 Leanne Louden may not be biologically connected to her adopted mother, but in addition to their emotional tie, the two share a fundamental appreciation for health and nutrition. Andrew Destin traced its source — and current applicability to the Nittany Lions — in the Pittsburgh Post-Gazette.

Louden was adopted as an infant from China and arrived in the arms of her Lansdale mother as an undernourished three-month-old.

Her childhood journey to health took root as an ongoing commitment to nutritional soundness, bolstered by her mother’s dietary regimen that resulted from being diabetic.

It didn’t take long for the football frenzy of Happy Valley to penetrate Louden’s psyche. She served as a team intern during her undergrad years and remained on campus after graduation as an intern.

Last year, she became the first football-centric dietitian in the university’s history.

“Football is a beast,” Louden said, describing her ongoing challenge in advising players to remain energized.  “It takes a lot. So just having someone who is always able to be there for all the practices … has really been [a] help.”

More on the Montgomery County connection to food counseling for the Nittany Lions is at the Pittsburgh Post-Gazette.

Pottstown Smoothie Shop Has Patrons Going Bananas, But Its Big Draw Is the Owners’ Big Hearts