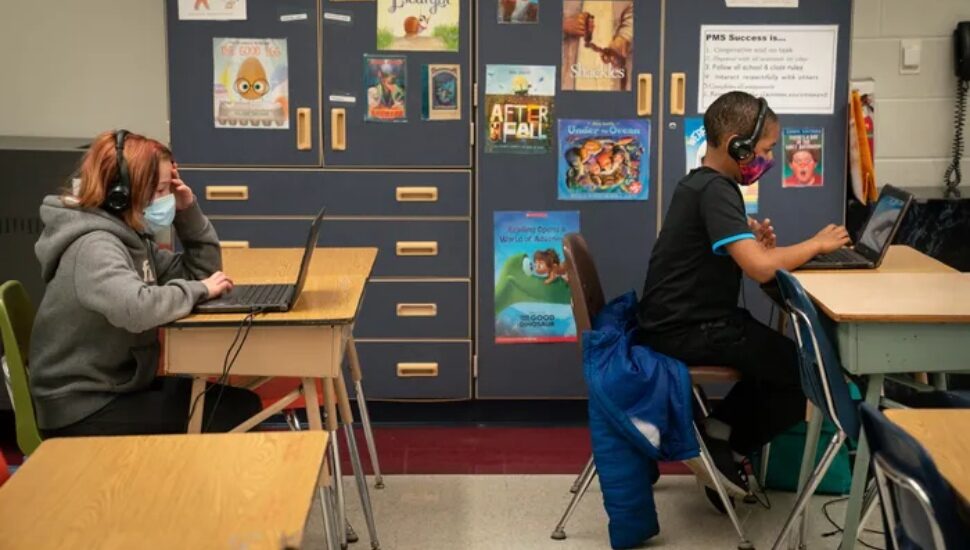 Like all of its counterparts throughout the country, Pottstown School District was forced to make some drastic adjustments in how it provided education during the pandemic, write Maddie Hanna and Kristen A. Graham for The Philadelphia Inquirer.

Two years on, the school district is embracing some of these changes for the long run.

Many teachers are using computers more in lessons, and kids in the classroom communicate more easily with each other outside of class with online learning.

Among them is the use of technology. Before, students had to travel to designated labs to use computers.

“They got to visit technology,” said PSD Superintendent Stephen Rodriguez. “Now they live there.”

All students in the district now have Chromebooks, which are also a fixture in the classrooms. Still, for the youngest students, computers are not used as often, said Rodriguez.

Additionally, the focus on student mental health and social-emotional needs has increased.

“We are becoming a one-stop-shop for family support,” said Rodriguez. “Everything we’re doing is far greater than before.”

The district now has designated home and school visitors who ensure to visit families whose children are not regularly attending school, and help connect them to appropriate services.

Read more about Pottstown School District in The Philadelphia Inquirer.

Edgewood Art Fair and Cleanup in Pottstown on April 30