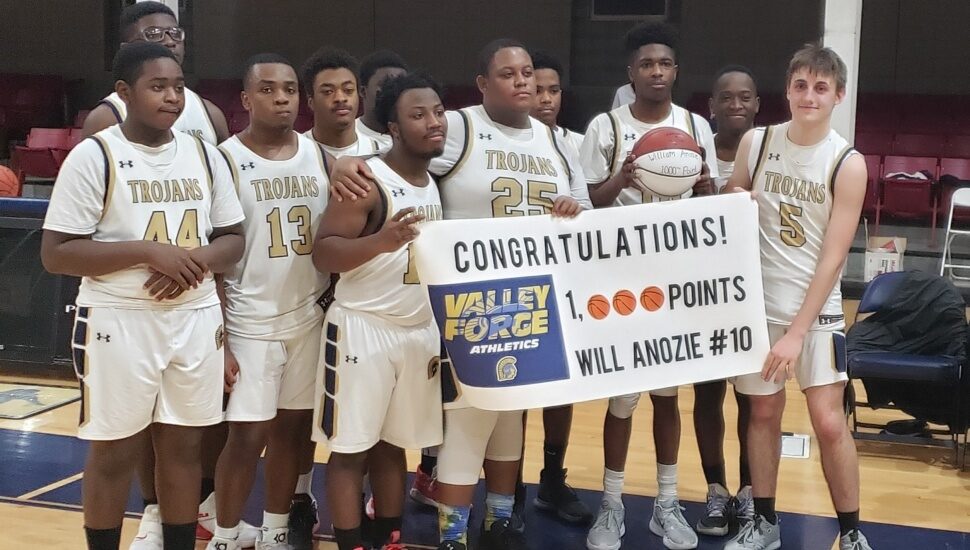 Image via papreplive.com.
Will Anozie with his teammates holding a congratulatory sign on his 1,000-point cumulative score.

Anozie is the leading scorer in Pennsylvania and among the top five scorers nationwide with a career total of 1,000 points after scoring 43 points against MaST Charter Tuesday night.

He came to VFMA on a scholarship he received in eighth grade.

“I’m just grateful to be here,” said the Valley Forge Academy senior. “I’m not supposed to be here. This was never supposed to happen. I’m very, very thankful for everything. I couldn’t do it without God and my family and my coaches.”

He was a backup as a freshman before getting to the starting lineup as a sophomore.

Anozie played at St. Thomas High School in his hometown Houston as a junior before returning to Valley Forge for his senior year.

“I’ve always had it in me,” Anozie said. “I just needed it to be unlocked.”