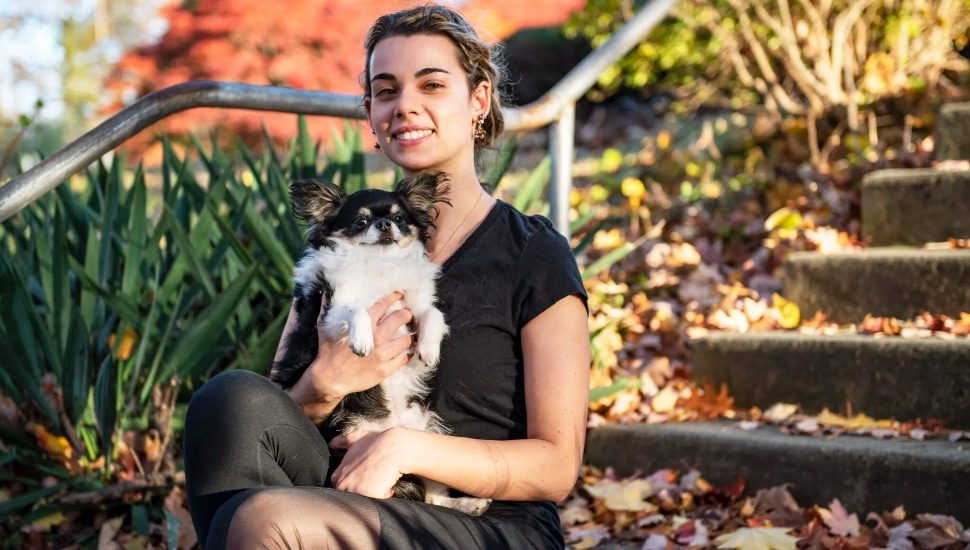 Born in Egypt, raised predominantly in Italy, and having spent significant time in Tanzania, Zimbabwe, Hungary, Switzerland, France, and the United States, Jenkintown’s Manor College student Margherita Beatrice D’Ottavi has lived in more countries than most will visit in their lifetimes.

Throughout those places, the main constant in her life has been in the kitchen. It’s not uncommon for her to spend several hours in the kitchen whipping up her family’s favorite meal.

Recipes are passed down through generations not by index cards, but by word of mouth. It’s just part of being raised Italian, she says.

“Our lives just circle around the kitchen,” D’Ottavi laughed. “As a kid, you’re always observing, wanting to know what’s going on just to be a part of the action.”

With all that experience, it’s no wonder that D’Ottavi went to culinary school to specialize in baking after graduating from Lower Merion High School. After graduating and working several years at a bakery shop in Ardmore, however, she became burned out from the profession.

Aside from cooking, the other constant in Margherita Beatrice D’Otta’s life while traveling across the globe was animals.

Currently, she has a pair of chihuahuas – Barnaby and Troy named for characters in the British murder mystery show, Midsomer Murders – but during her time in Africa, animals were everywhere.

“Our neighbors had farms and I was just one of those kids that I was happy, as long as I was in the dirt with a pig,” D’Ottavi said.

When she started to think about a career outside of the culinary industry, becoming a veterinary technician came first to mind. After searching for institutions with the best vet tech programs and taking a visit to Manor College, D’Ottavi applied and enrolled.

“I applied to a few places, but as soon as I arrived here, it was fate for me,” D’Ottavi said. “The ability to work hands-on with the animals was huge. In other programs, you study in a book and you don’t have the experiential practice you do here.”

In her freshman year, D’Ottavi has found ways to get involved on campus despite commuting from Lower Merion.

D’Ottavi joined the women’s soccer team and runs track for the Blue Jays and joined the institution’s Horse Care Team to spend time with the horses.

“I walked in the barn and just fell in love,” said D’Ottavi, who is leaning towards working with larger animals in her career. “Any time I can be with the horses, that’s gold for me. Sometimes, if it’s a nice day out, I can go and do my homework in the stables.”

While there are days she misses the culinary industry, D’Ottavi believes changing her career was the right decision.

“I wanted to have a future and be at home with my family, not working my life away,” Margherita Beatrice D’Otta said. “I grew up, realized a bit more of my life and it was one of the best decisions I made to come to Manor College.”

Interested in applying to Manor College? Visit here to learn more, or click here to schedule a visit to their Jenkintown campus.

After Surviving Haiti Earthquake, Manor College Student Desires to Save Others