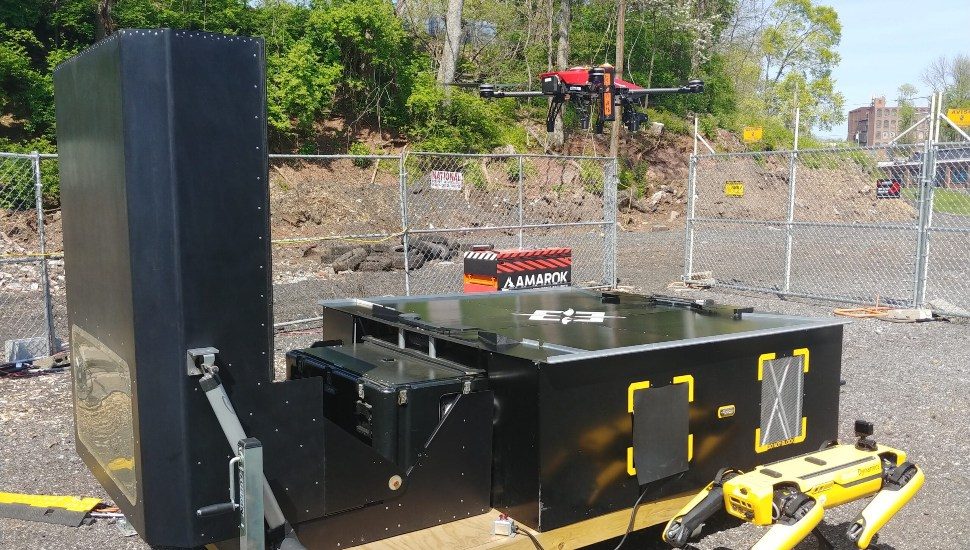 Norristown-based Asylon, a robotics startup that develops software systems for drones and ground robots that automates perimeter security, is looking to raise between $5 million and $7 million in Series A, writes Kennedy Rose for The Business Journals.

So once the drone industry started to grow rapidly, they saw an opportunity.

“There were a lot of companies focused on building the drone, the vehicle itself,” said Henry. “But one other thing that we saw was, unless you can solve the full solution—so that’s including the back end, the power, the payload and the data—they were never going to be truly scalable for enterprise customers.”

Their main product, DroneCore, was designed for security missions. The drones are managed at a base station where a robotic arm swaps out their battery so they can continue flying. They are designed to withstand all weather conditions and can stream real-time video day and night thanks to daytime and nighttime cameras.

Read more about Norristown-based Asylon robotics in The Business Journals.