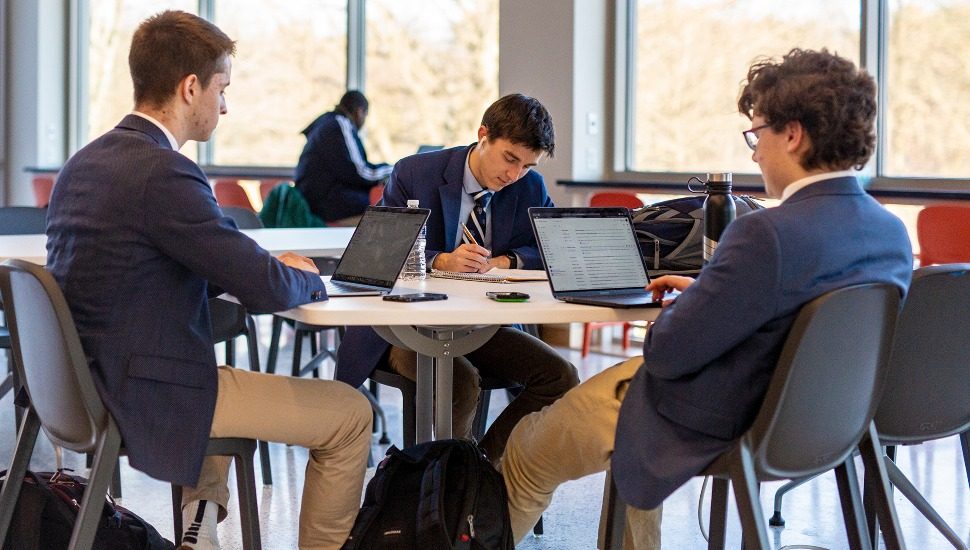 On September 15th, Malvern Preparatory School, an independent Augustinian school for boys, will induct an Inaugural Class of alumni and community members to an honorary institution that brings an entirely new meaning to ‘Hall of Fame.’

While many schools, including Malvern, have programs to commemorate athletic achievements, The James H. Stewart IV Wall of Distinction is designed to recognize individuals who have made a profound societal impact both on Malvern Prep and within wider communities.

With this new recognition, Malvern aims to honor the selfless leaders who walked their halls before and inspire the current generation to forge their own paths.

“Many of our young men are already interested in business and entrepreneurship in general,” said Adrienne Niles, Malvern’s Director of Enrollment Management. “Our goal is to encourage them to take it a step further by identifying ways to use entrepreneurship as a launching pad for societal change.”

The award is named to honor the legacy of Jim Stewart, who passed away in August of 2020. Mr. Stewart formerly served as a teacher, coach, Headmaster, Head of School, and President of Malvern, and despite wearing many hats, always brought the same passion, enthusiasm, and humility to every role.

Jim Stewart will join an illustrious list of philanthropists, leaders, and exemplary figures, a group of individuals that he himself played a major role in selecting.

James Murray, the Ronald McDonald House Co-Founder and former Philadelphia Eagles General Manager, will be recognized for his many philanthropic endeavors and his contributions to Malvern’s spiritual programs.

Malvern teacher, Charles “Chic” Kelly will be awarded for his role as a long-term mentor on campus and for The Friends and Family of Chic Kelly Foundation, which provides funds for individuals living with a spinal cord injury and lack the necessary resources.

Other recipients include Don O’Neill a generous contributor to Malvern whose nonprofit, The Immokalee Foundation, provides educational opportunities to children of migrant workers, Joan Downs, a mother of eight children who forged the pipeline for increasing the number of students of color to enroll in Malvern.

Also included is Brigadier General Curtis A. Buzzard, a highly-decorated veteran who served over 13 years with the 82nd Airborne Division, and Alan Ameche – former Heisman Trophy Winner and his beloved wife Yvonne Ameche-Davis, who together were active in the United Negro College Fund and The Multiple Sclerosis Society, among others.

Lastly, the global Order of Saint Augustine will collectively be inducted.

The Wall of Distinction serves as yet another example of a larger initiative already in progress at Malvern Prep.

Not only is “Social Entrepreneurship” part of their course curriculum, but just two years ago Malvern constructed a state-of-the-art building dedicated to research and collaboration referred to as St. Augustine Center for Social Impact.

Appropriately, this will be the home to this illustrious Wall.

Back in May, Sean McCarthy ’21 was awarded the first-ever Advanced Credential Award, which recognizes current students who have made significant impacts on campus and beyond.

During his four years at Malvern, McCarthy created and executed the Environmental Club and the Human Rights Club.

“The critical objective (of the Augustine Center) is to cultivate professionals who lead with humility and heart,” said Niles. “To encourage students to reflect, problem-solve, and collaborate using the Augustinian values of servant leadership: Truth, Unity, and Love.”

To learn more about Malvern Prep and this unique event, visit their website today.