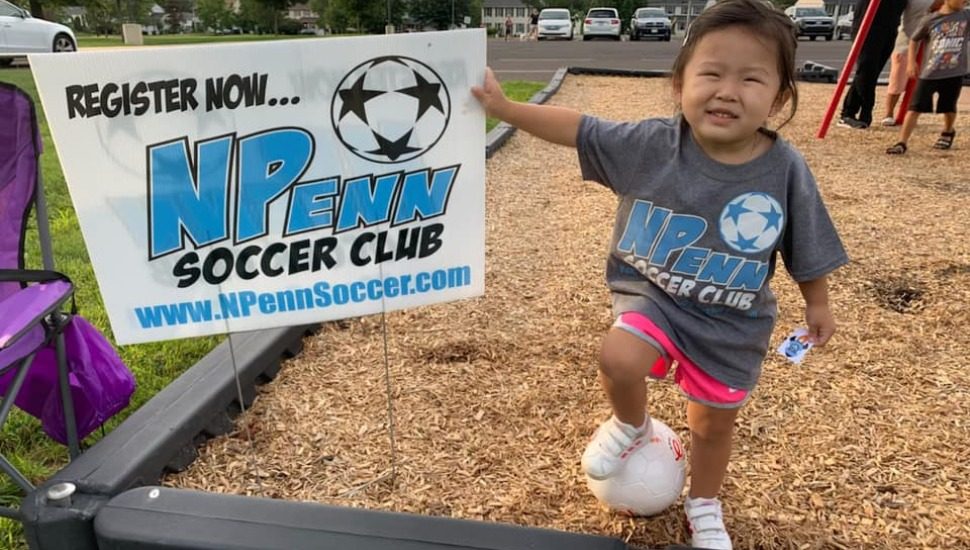 David Jones started Hatfield’s North Penn Soccer Club in April to fill a void in the community and help youth who could otherwise not afford to play their favorite sport, according to a staff report from the Etown News.

Jones set up a low-fee structure for North Penn. He is only charging a nominal fee to join the club while making it free for those who cannot afford it to join.

Instead of the usual sponsorship opportunities, he is focused on building relationships by offering participants an option to sponsor another child by covering their registration fee.

“You know exactly which child you sponsor and they know who sponsored them,” said Jones. “All that is asked in return is a simple thank you note. My hope is that some people will use that as a bridge to mentor and get involved in that child’s life.”

He is also hoping to take away the pressure and bring fun back to youth soccer.

His approach seems to be working. He officially opened registration and has so far signed up more than 225 participants.

Read more about the North Penn Soccer Club in the Etown News.