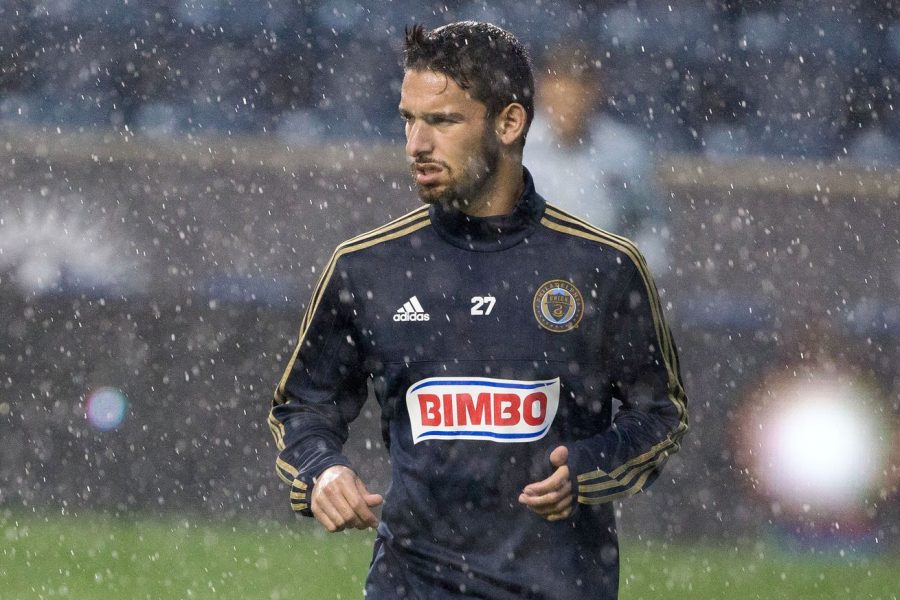 Photo of Dresher native Zach Pfeffer during his days with the Philadelphia Union courtesy of Bill Streicher, USA Today Sports.

Dresher native Zach Pfeffer, a 21-year-old Upper Dublin High School graduate, was recently loaned from the Colorado Rapids of Major League Soccer to the Colorado Springs Switchbacks FC of the United Soccer League for the remainder of the 2016 season.

The USL sits on the third-tier of the American soccer pyramid, behind the MLS and the North American Soccer League. The USL’s affiliation with MLS encourages players to be loaned back and forth.

Pfeffer was the first-ever Homegrown Player for the Philadelphia Union when he signed on Dec. 22, 2010 at the age of 15 years and 350 days. He is the fourth youngest player to ever sign an MLS contract.

Photo of Zach Pfeffer during his time with the U-20 national team courtesy of U.S. Soccer.

Pfeffer has also spent time in the U.S. Soccer National Team system. He represented the U.S. at the U-14 and U-15 levels, as well as trained at the IMG Academy in Bradenton, Fla., as part of U.S. Soccer’s U-17 residency program. He also suited up for U-20 team.

“It was a dream come true at such a young age, and I really had to grow quickly,” Pfeffer said of balancing online classes as a teenager while being a pro athlete. “I was thrown into the professional world, into a man’s world at a young age.”

Pfeffer was traded from the Union to the Colorado Rapids in Jan. 2016.

“Philly is my hometown,” he said. “It’s where I grew up; it’s where I started my career. I’m here (in Colorado) now, and I think it’s going to be great for me to be in a new environment, new teammates, new coaches.”