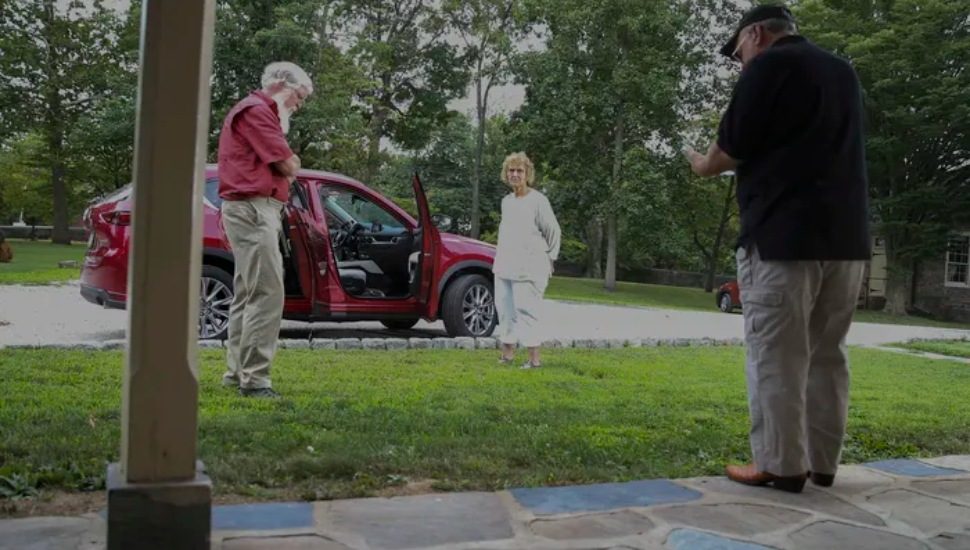 Image via Steven M. Falk, The Philadelphia Inquirer.
David Miller, Carla Butler, and her husband, David DiFabio, gather outside the Plymouth Meeting Friends Meetinghouse to listen on the car radio to President Biden address the nation on the situation in Afghanistan.

The Plymouth Meeting Quakers group, who helped build a school for girls in Afghanistan, is trying to find a way to bring the Afghan interpreter who risked his life working for the U.S. military to safety from the horrors of Kabul, writes Jeff Gammage for The Philadelphia Inquirer.

Bashir, whose last name is protected for safety reasons, is currently in hiding.

“If we could just get him on a plane,” said David DiFabio, a Plymouth Quaker Meeting member and Air Force veteran.

He and other members of the Plymouth Meeting Quakers have contacted Pennsylvania elected officials in the hopes of getting some help.

They said U.S. Rep. Madeleine Dean has stepped up, her staff finding the paperwork error that has prevented Bashir from being granted a Special Immigrant Visa that qualifies interpreters for evacuation to the United States.

“This man [has] high recommendations from members of our armed service,” said David Miller, a Meeting member. “He needs to get out now, as he has been identified and notified by the Taliban that he is on their list.”

President Biden discusses evacuation efforts for Americans, their families, and allies from Afghanistan on August 20, 2021.