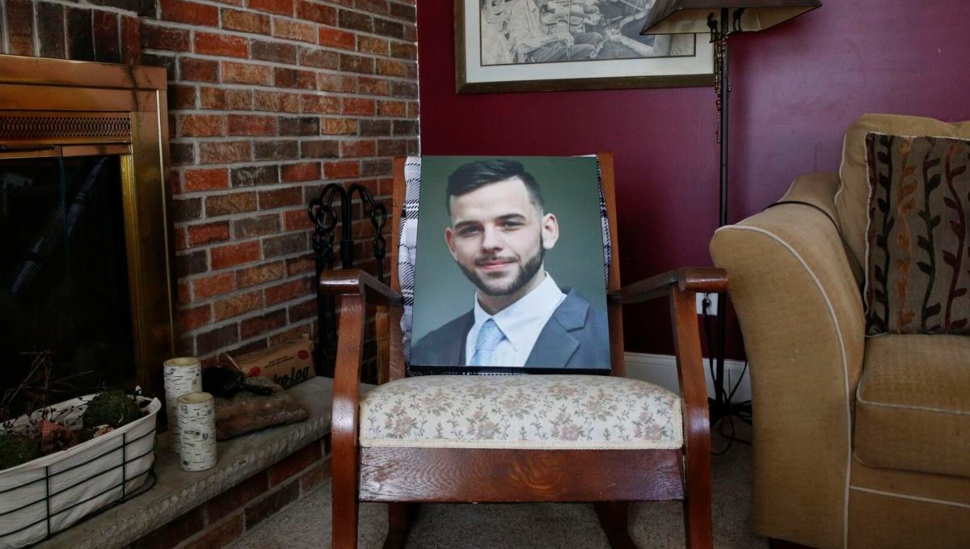 Image via Yong Kim at The Philadelphia Inquirer.
Tyler Cordeiro died of an overdose in October 2020 after being told he couldn't access treatment while uninsured and using medical marijuana.

Opioid withdrawal held Tyler Cordiero in its tight grasp. Despite a lack of health insurance, his treatment provider had authorized him for medical marijuana usage. But a federal-state disconnect ultimately led to his death, reports Ed Mahon for The Daily Item.

Cordiero, a Bensalem 24-year-old, accessed treatment for his addiction from the Pennsylvania Department of Drug and Alcohol Programs. Federal funding for this local outreach comes from the Substance Abuse and Mental Health Services Administration (SAMHSA).

As part of his treatment, Cordiero had a medical marijuana card authorizing access to cannabis. In 2019, however, SAMHSA told its state grant recipients that federal dollars could not go toward the use of medical marijuana.

The ban went far beyond its original intent.

SAMHSA clarified the communication in 2020. But the state-level course-correction was slow.

In October 2020, Cordiero walked from the Bensalem home of his mother, Susan Osterman, to a nearby gas station. He huddled in the bathroom alone and overdosed. He was dead on arrival at the hospital.

Osterman has since fought hard for the communications clarity that would have saved her son. Thanks to her efforts, Pennsylvania’s Department of Drug and Alcohol Programs issued a public information bulletin to explain its intended medical marijuana rules.

She’s not convinced, however, that the clarification is enough.

This stark statistic may prove her point: More than 4,700 Pennsylvanians died from a drug overdose the same year as her son.

More on this tragic story is at The Daily Item.

Road Trip: Montgomery County Has One of the Tastiest Small-Scale Dairies and Creameries in PA