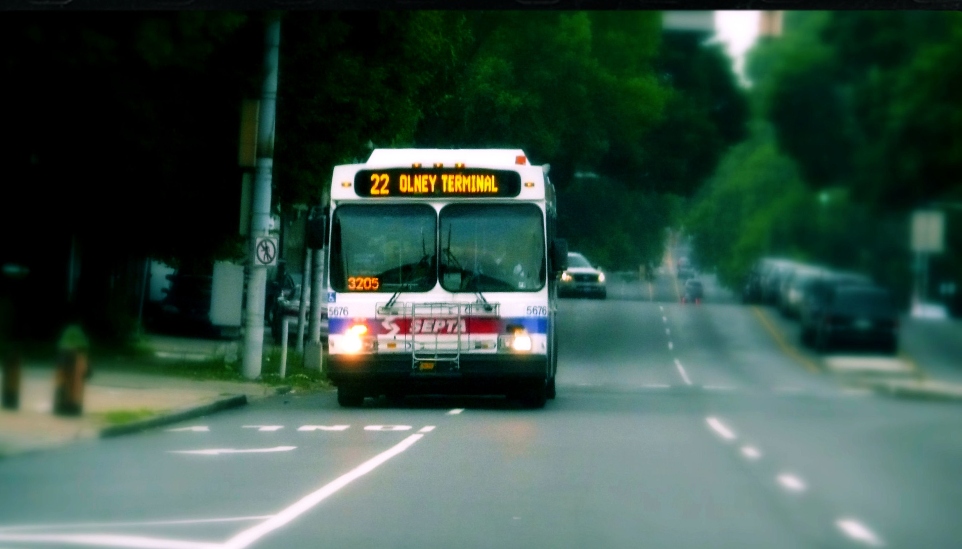 Image via Jarrett Stewart at Creative Commons.
SEPTA's electric powered buses has been sidelined by various issues that have kept the fleet of petroleum-fueled vehicles on the road by necessity.

Nearly a year and a half after SEPTA rolled out its fleet of battery-powered buses — each costing nearly a million dollars — each, most of them are no longer on the streets.

A host of issues has sidelined them, writes Ryan Briggs for WHYY.

Instead of the 25 all-electric Proterra Catalyst buses, the diesel-and-hybrid vehicles they were supposed to replace still trundle their way over city and suburban routes.

SEPTA has not shared many external updates on the battery-powered buses program or whether it is making any progress in restoring them to service.

But the transportation agency did say it is working on a resolution with the electric vehicles’ manufacturer.

Internal communications, however, show that the program shook the transit system’s top executives. In response, they have initiated a serious reevaluation of plans to further convert the fleet to electric power.

According to a SEPTA spokesperson, the agency has decided to shrink its five-year bus replacement contract to just two years to “better assess the emerging EV bus market.”

In the meantime, the agency plans to continue buying hybrid buses.

Read more about SEPTA at WHYY.