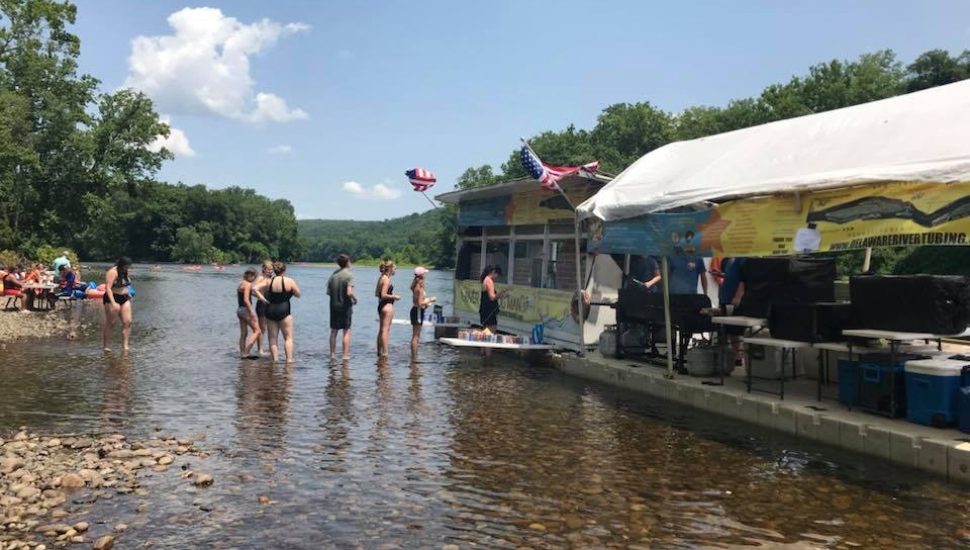 Greg Crance, 56, owner/operator of both Delaware River Tubing and its mid-river floating hot dog stand, has passed away. The cause of death was complications resulting from a coronavirus infection, reports Caroline Fassett of NJ Advance Media.

Crance has been selling hot dogs on the Delaware River since 1987. In 2002, he started Delaware River Tubing, Inc., offering tubing, rafting, canoeing, and kayaking to weekend adventurers.

Tens of thousands of tourists from as far away as New England and Maryland came to sit, float, cool off, and enjoy nature. The hot dog man stand was a unique place for a break.

“You haven’t enjoyed a hot dog until you’ve eaten one of ours while standing knee-deep in the river,” Crance said in 2019.

Yuuji Crance, Greg’s son, said he and his family were “still in shock” and “heartbroken” by his father’s passing. The younger Crance is operating manager of the seasonal business.

Legal troubles in 2019 and 2020 churned up the waters for the enterprise. The contention revolved around the use of a public waterway for commercial gain. Crance fought a state court decision, hoping to bump the issue to the federal level.

His passing leaves the future of Delaware River Tubing in limbo. The family is unsure of a summer 2021 opening.

“It’s 50/50 right now,” Yuuji said. “Because of what happened with the court, we can seek an injunction to operate … But it’s a gamble. You might get the injunction, you might not. That’s something I’m still talking with (our) attorney about.”

The hot dog stand, however, floats along, asserts the family. Even if it must serve customers from competing rafting companies.

More on this story and the hot dog man stand is at NJ Advance Media.