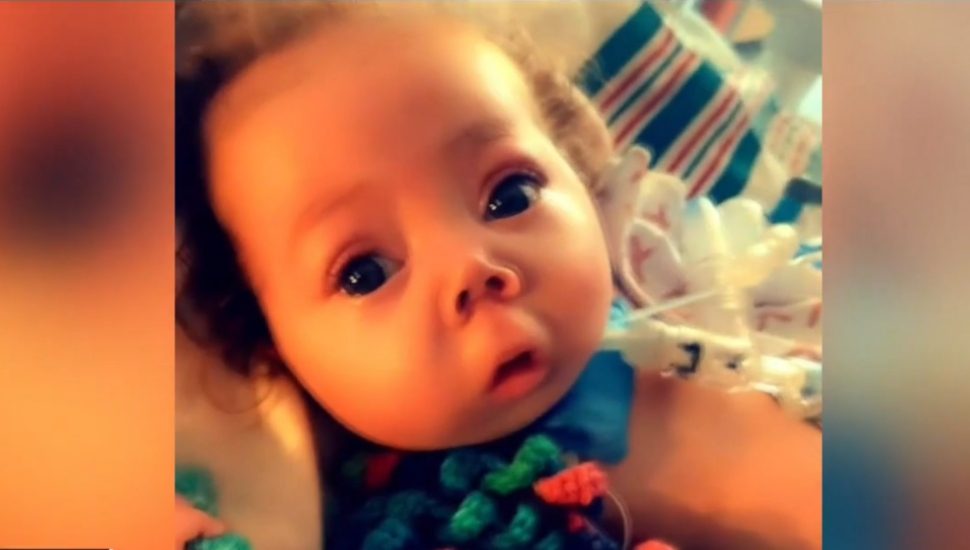 After being born two months early and without a rib cage, London Kelly, who is nearing her first birthday, may soon be able to leave the hospital. Her mom, Kristy Thompson, will be relieved of not only worry but also the difficult logistics surrounding her care, writes Kelly Rule for FOX29.

Thompson is a single mother of three, and in the past year, London’s hospitalization became a difficult juggle with her other day-to-day responsibilities.

London, her youngest, was born with Cerebrocostomandibular Syndrome, an extremely rare disease. In 25 percent of these cases, the newborn does not survive.

But London showed grit, even as an infant. For months, the baby had numerous setbacks, including several bouts with pneumonia. But she and her mother kept moving forward, albeit slowly.

To increase London’s odds of long-term success, Thompson asked for her transfer from A.I. DuPont Hospital for Children to Children’s Hospital of Philadelphia. The risky move paid off, and the baby improved.