“Today we are finally putting into cans – a project that has been years in the making with ACME,” said Matt Pushinsky, Director of Sales at Conshohocken Brewing. “What we did is we dumped 200 pounds of Ivins’ famous lemon snap cookies into the beer.”

Shandy is a drink that blends beer or ale with either lemonade or lemon soda. However, the brewers have decided to give the ale a truly Philly flavor by crushing the lemon cookies into the mix.

While this represents the first collaboration between the brewery and the grocer, it will not be the last.

Next in line? Gingersnap beer for the upcoming fall season.

Read more about the collaboration for Ivins’ Famous Lemon Shandy Ale in 6abc. 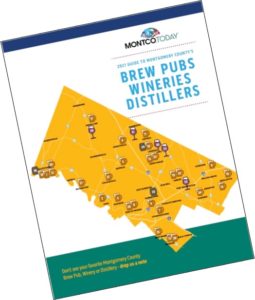 Montgomery County has the best brewpubs! Visit them all!

Make it a Memorable Memorial Day Weekend in Montco

Lansdale Hero Serves Both Her Country and Community