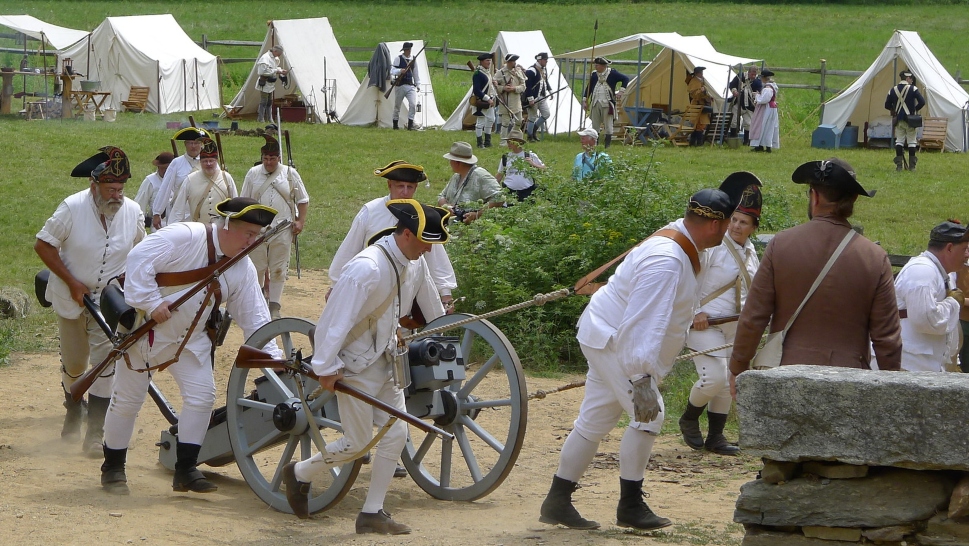 While spring is usually a big season for Revolutionary War reenactors, most have had to find new ways to enjoy their hobby during the pandemic that has caused the cancelation of the majority of events in Valley Forge for the second year in a row, writes Cameron McWhirter for The Wall Street Journal.

Kenneth Gavin, Interpretive Field Guide at The Encampment Store at Valley Forge, heads a re-enacting group of around 45 members in the Philadelphia area. With no events to attend, however, Gavin spent the pandemic studying historic military manuals to learn more about marching and battle formations.

Marching into a Revolutionary War battle often involved close ranks, making its modern-day replication of those shoulder-to-shoulder advancements too risky during the pandemic.

Instead, Gavin, who acts as a commander within his group, tried mimicking the complex formations on his desk using popsicle sticks.

To make this work, he marked each stick with a rank the War reenactors held within the unit, such as ensign, private, and corporal.

“Until we get back out there, it’s the best we can do,” he said.

It’s Not Just the Menu, but the Hospitality That Sets This New Southern Restaurant in Chester Springs Apart