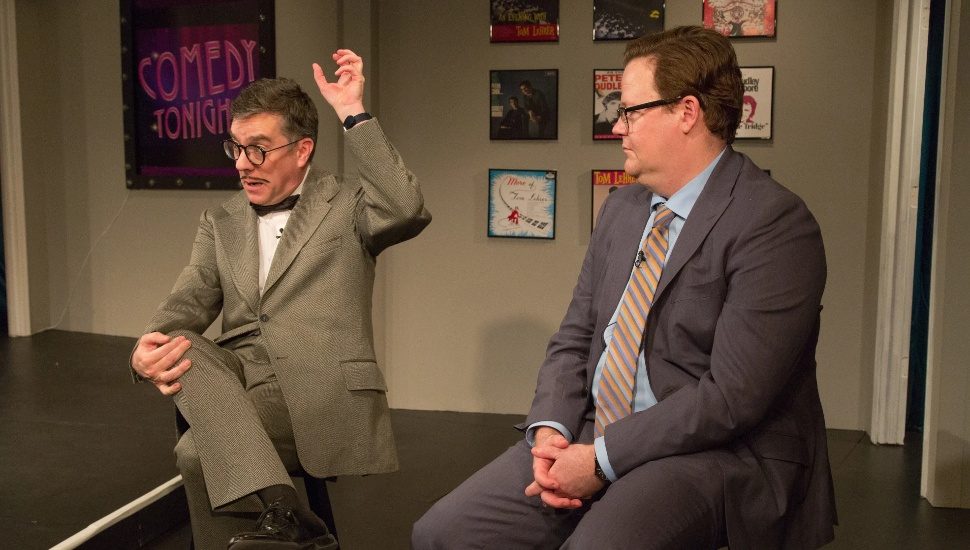 “Every member is a Playhouse alumnus – Joe Mallon performed with them last season in “Greater Tuna,” Dan Matarazzo was at the launch of this season in “Electile Dysfunction: Hindsight is 2020.”

Gianna Yanelli was with the Playhouse for “More Broadway on Butler.” Yanelli had been performing as a member of the original cast of “Mean Girls” on Broadway when pandemic restrictions forced the show to halt performances and then to close.

“This was a terrific opportunity for us to all create a show together, here in Ambler,” added Braithwaite.

“Comedy Tonight!” was filmed at the Playhouse with safety precautions in place for the entire cast and video production team. Streaming started March 23rd.

The show is created by and features Tony Braithwaite, Joe Mallon, Dan Matarazzo, and Gianna Yanelli. Single tickets are on sale starting at $30.

“All four of us love the comedy cabaret format,” continued Braithwaite, “and now we get to collaborate as a creative team.”

He added, “The show is inspired by the best traditions of British sketch comedy, legendary duos, song parodies including the famous Tom Lehrer rapid-fire tune, “The Elements” and Stanley Holloway’s iconic poem, “The Lion and Albert.”

Of course, they couldn’t resist paying homage to classic American musicals and they imagine the future for a pandemic-inspired musical. We think audiences deserve a good laugh this Spring.

Single tickets are available online at act2.org, or by calling the Box Office at 215.654.0200. Flex Ticket Bundles, group, fundraiser and watch party discounts are also available.

The Box Office is closed to retail traffic at this time.

Braithwaite added, “Our audience has been supportive this entire season, and we’re very grateful. We continue to look forward to when we can get back to performing live in our intimate space in Ambler. Until that happens, we continue to strive to bring theatre experiences directly to people’s homes.”

Read more about the Playhouse’s event at VFTCB.