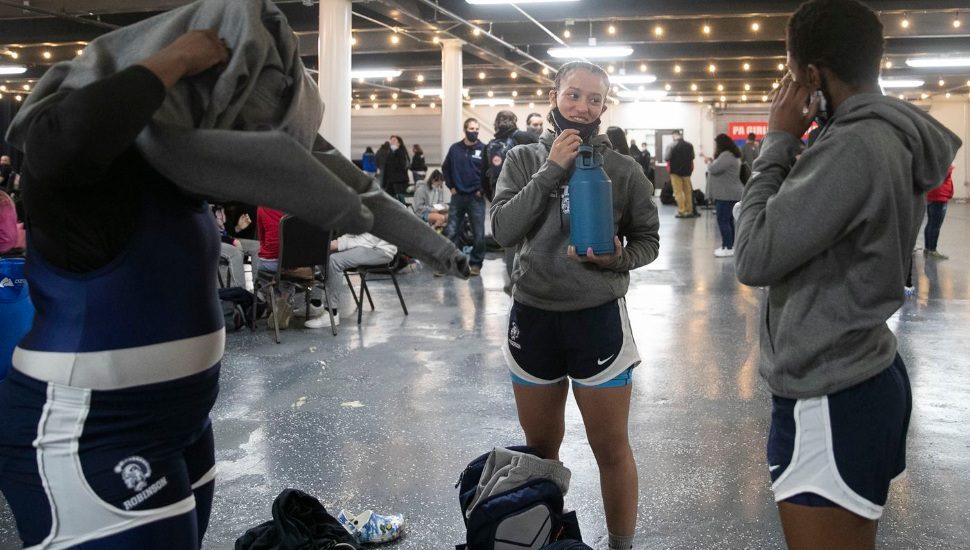 Pottstown High School wrestling team currently has four female athletes who have to compete with the boys, but they hope that might change in the future, writes Heather Khalifa for The Philadelphia Inquirer.

The girls recently took part in the 2021 MyHouse PA Girls State Championship, a non-sanctioned competition since girls’ high school wrestling is currently not a sanctioned sport in Pennsylvania.

However, there have been concentrated efforts in recent years to change that, including from Sanction PA. Currently, the PIAA requires that a minimum of 100 schools across the state have dedicated girls wrestling teams before the sport is sanctioned. There are currently nine such schools.

Pottstown girls are hoping that the day Pottstown joins their ranks is not far off.

“Wrestling guys in general, it’s always going to be tougher because naturally they make more muscle than we do,” said senior Julianna Figueroa, who came in second in her weight class this year. “Being able to have a sanctioned sport for just the girls to compete, it’s more equal.”

Read more about high school wrestling at The Philadelphia Inquirer.

OutdoorsGet Off the Couch and Get Outside: It's Finally Spring in Montgomery County!March 24, 2021