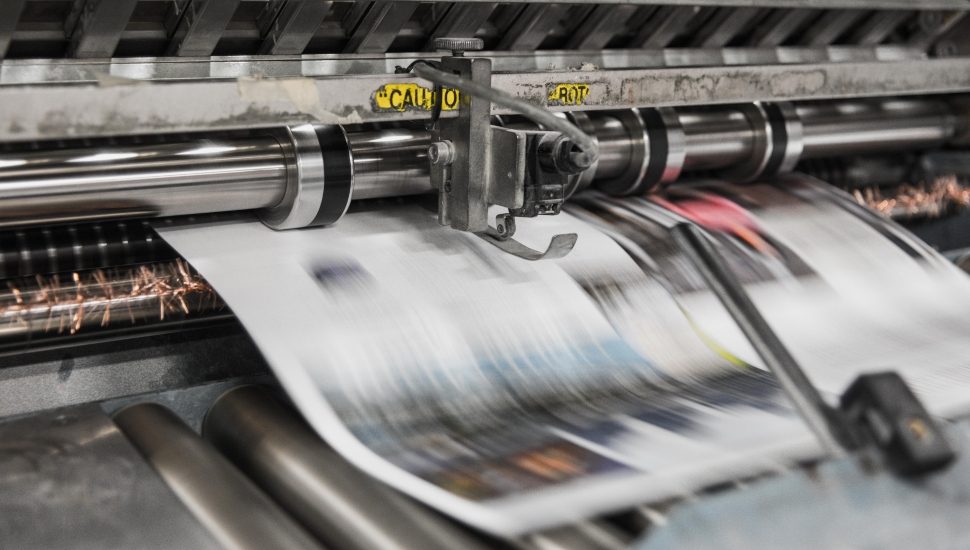 Schuylkill Printing Plant in Upper Merion Township owned by The Philadelphia Inquirer has been acquired by developer J. Brian O’Neill.

O’Neill, who is the founder of Recovery Centers of America, paid $37 million for the 674,000-square-foot, nearly 30-year-old building that was put on the market late last year. The price, which comes out at around $55 per square foot, is in line with the prices for industrial buildings of its size, age, and location.

The Inquirer announced it planned to sell the plant in a cost-cutting move last year, said Lisa Hughes, the newspaper’s publisher, on Tuesday.

“The decision is part of a business strategy aimed at reducing operational expenses and ensuring the long term sustainability of The Inquirer,” she said. “SPP has been central to our operations for nearly 30 years, and I know that the decision to no longer print our own newspapers is an emotional one for many.”

O’Neill said the plant that is on a 45-acre property will form part of Discovery Labs, the network of lab and office buildings occupied by life-science tenants.

Read more about the sale at The Philadelphia Inquirer by clicking here.

Montco Towns Are the Best! See Which One Made the 50 Best Places to Live List