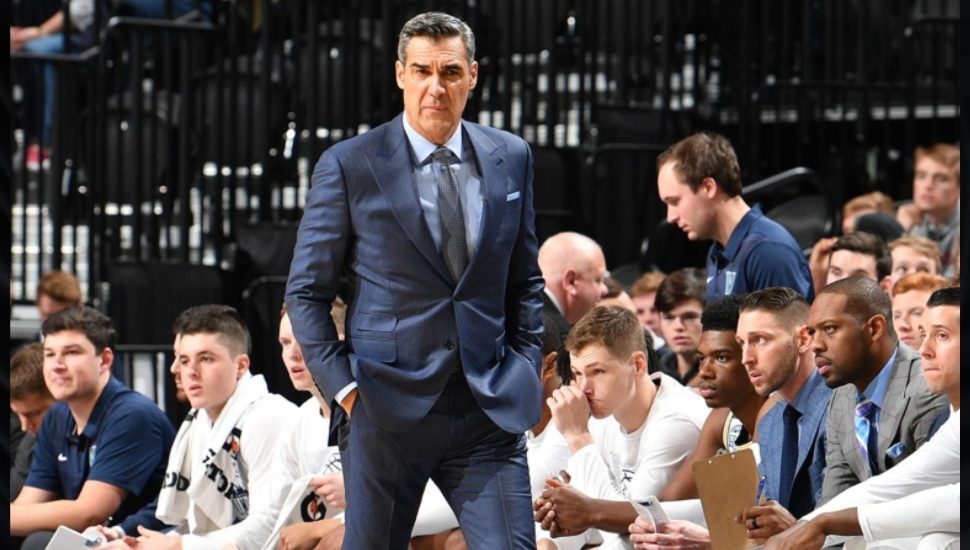 Villanova's Head Coach looking quite dapper in a suit at game time.

Gabriele D’Annunzio, owner of D&B Tailors on the Main Line, isn’t keen on the latest fashion trends for college basketball coaches, writes Eric Olson for AP, as reported at Bloomberg.com.

Villanova University’s Head Coach Jay Wright has switched up his look, much to D’Annunzio’s chagrin.

As Wright’s tailor, switching to more casual dress has meant less tailoring money. He’s made about 40 to 50 suits for Wright, averaging three to five a year.

Apparently, the Big East coaches took a vote to go casual this season. That means leaving behind the traditional game attire of coats, ties, and dress slacks for polos, quarter-zips and warmup pants.

“For them, they were jocks, and they’re really not into wearing suits because they don’t have that sense of style like Jay. …. I can appreciate that they want to not wear suits because they’re not comfortable with it,” D’Annunzio said.

The pandemic lockdowns have helped feed the more casual look.

The 76-year-old has turned out tuxedos for Frank Sinatra, suits for George Burns and outfitted Mike Schmidt and other pro athletes. D&B Tailors has been around since 1966.

Wright said he would wear suits again next season, though at a Zoom news conference last month he said he hoped the casual trend would continue.

Read more about this casual mindset at Bloomberg.com.

King of PrussiaHeading to the Mall? Here are the Best Eats in King of PrussiaOctober 24, 2020
Tags: clothing, D&B Tailors, Fashion, Jay Wright, Novanation