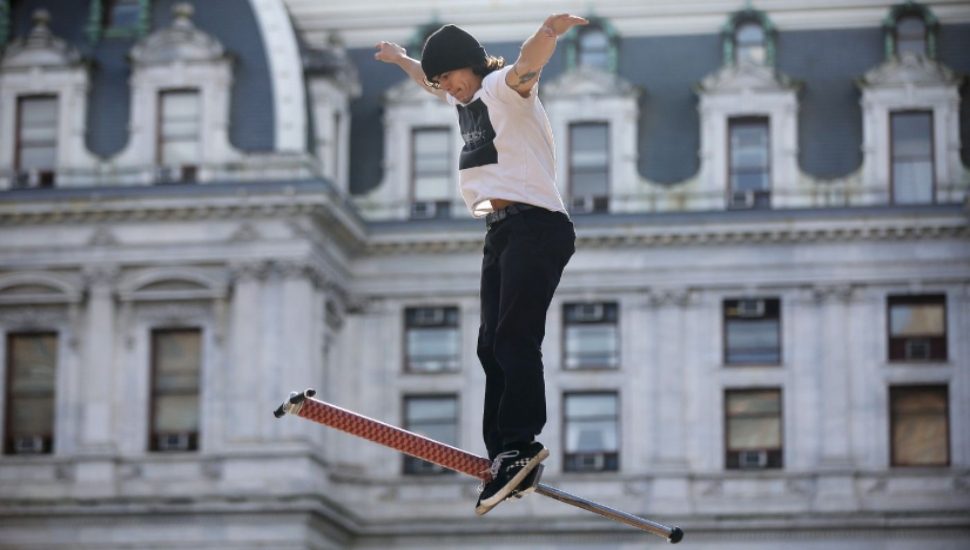 Nic Patino, a professional stunt pogoer from New Hope, has been traveling the world, from China to Seychelles, showcasing his impressive skills, writes Stephanie Farr for The Philadelphia Inquirer.

Patino began pogoing at 13 after his father died, to help him deal with the pain.

Three years later, he joined premier pogo stunt team, Xpogo and has been traveling with them around the globe, performing death-defying tricks at sports events and theaters.

“I’ve stumbled upon this formula through pogoing that has allowed me to create a damn ideal life,” said 23-year-old Patino.

But his pogoing days will eventually have to come to an end as the sport is very physically demanding. So thinking of his future, Patino graduated from Temple University this spring before taking several self-discovery classes which helped him realize a lifestyle design coach was a good career option for him.

However he is not planning to give up on pogoing any time soon.

“I am specifically maintaining my pogo skills to create one moment in the future to be able to backflip in front of my (future) kid, mostly just to freak out the other parents at their birthday party,” he said.

Read more about Nic Patino at The Philadelphia Inquirer here.