With a School Closing Approaching, Bishop McDevitt is Praying for Miracle 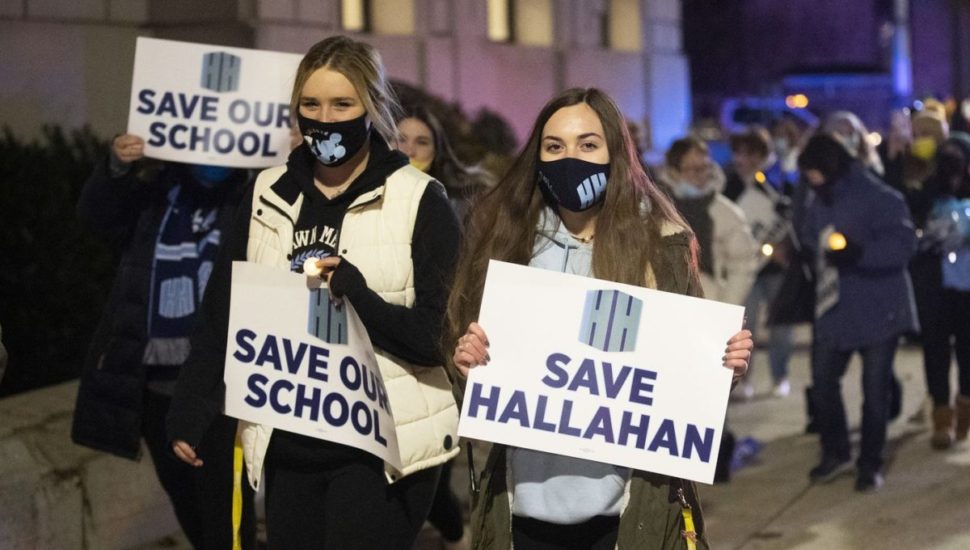 Image via Charles Fox / Staff Photographer, The Philadelphia Inquirer.
Supporters of Bishop McDevitt High School in Wyncote are raising funds in hopes of reversing the decision made by the Archdiocese of Philadelphia to close the school.

When the Archdiocese of Philadelphia announced the closing of Bishop McDevitt High School in Wyncote last month, church officials said the decision was final, writes Kristen A. Graham for The Philadelphia Inquirer.

However, the lack of a possibility for an appeal did not prevent the school’s supporters from organizing and working on fundraising and drawing attention to their cause in the hopes of reversing the decision.

So far, McDevitt board has managed to raise close to $400,000 in donations.

The board is currently considering running the 1958 school outside the archdiocese as an independent Catholic school. According to Dan Greenberg, a McDevitt board member, the board is hoping to rent or lease the existing building and be operational by September.

The plan is a huge undertaking, but certainly not impossible if the archdiocese provides its blessing soon.

“We know it’s a long shot, but we have to explore every avenue,” said Greenberg. “I’ve had parents break down crying in front of me at the thought that their kids can’t graduate from McDevitt.”

Archbishop Nelson Pérez is scheduled to meet with members of McDevitt board today.