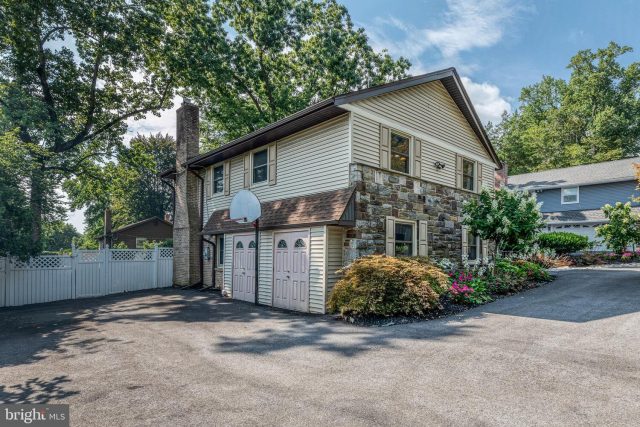 Kobe Bryant’s childhood home in Wynnewood, minus the basketball hoop in the driveway he used while growing up and any remnant of Bryant’s time in the house, sold last week for $810,000, writes Tim Daniels for the Bleacher Report.

The five-bedroom, three-and-half-bathroom home was originally sold by Bryant’s family in 2008. The NBA legend lived there in his teenage years, including during the time he led the basketball team at Lower Merion High School to the Pennsylvania state championship in 1996.

The house was put on the real estate market once again this September for around $900,000.

However, the selling price of $810,000 could have some symbolic meaning behind it.

On January 22, 2006, the Black Mamba scored 81 points against the Toronto Raptors. The point total was his career-high, as well as the second-highest point total in the history of the NBA, behind only Wilt Chamberlain’s 100 points in March 1962.

Bryant, who transitioned into the NBA directly from Lower Merion High School, died in January in a tragic helicopter crash that also took the life of his daughter Gianna and seven other people.

Read more about Kobe Bryant at the Bleacher Report by clicking here.

Correction: The original MONTCO.Today and Bleacher Report’s story indicated the basketball hoop remained in place. In actuality, all remnants of the basketball superstar’s time in the home were removed prior to the new owner taking procession of the house.

“I Went To Lower Merion High School, Nobody’s Gonna Punk Me!” Was How 18-Year-Old Kobe Bryant Introduced Himself to His Laker Teammates