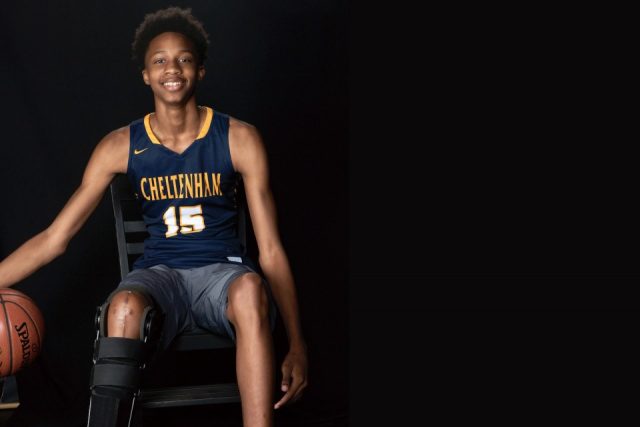 After a broken leg sidelined him for months, David Pope, a Cheltenham High School star, got another chance at playing thanks to career-saving surgery. Image via Shriners Hospitals for Children.

After a broken leg sidelined him for months, David Pope, a Cheltenham High School star, got another chance at playing thanks to career-saving surgery, writes Shriners Hospitals for Children for the Philadelphia Magazine.

By his high school graduation year, Pope led the varsity basketball team to a state championship, securing his position on the Lackawanna College team.

But just two years prior, the rising star suffered a broken leg after landing hard on his knee that stopped him not just dunking and running, but also from walking.

Even after his first surgery, his knee continued swelling and hurting enough to make it difficult to run.

Franklin discovered that in addition to the bone, Pope had damaged the cartilage. So it was decided to do a procedure with donor cartilage to get him back on the court sooner.

Pope underwent the procedure in April 2019 and was able to complete his rehab in time for senior season, where he averaged 7.6 points per game.

Read more about David Pope at the Philadelphia Magazine by clicking here.