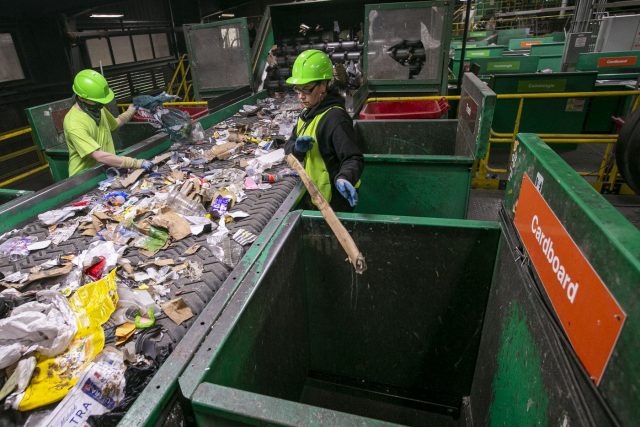 The company’s TotalRecycle plant was key in a national pilot program aimed at recycling, reusing, and educating consumers about FPP.

Mascaro was selected for the program three years ago because it was willing to act quickly. Its new Birdsboro plant was already equipped with modern optical sorters, which are better at handling FPP.

“At the time, no facility was equipped to do this,” said Terrence Stinson, recycling coordinator at J. P. Mascaro. “We are pioneering something.”

Nine municipalities have joined the program adding FPP to their recycling stream, including Lower Providence Township.

“The responses we received from residents were that they were happy we were doing something like this, and that it was a benefit to the environment,” said Donald Delamater, township manager.

Read more about J.P. Mascaro & Sons at The Philadelphia Inquirer by clicking here.