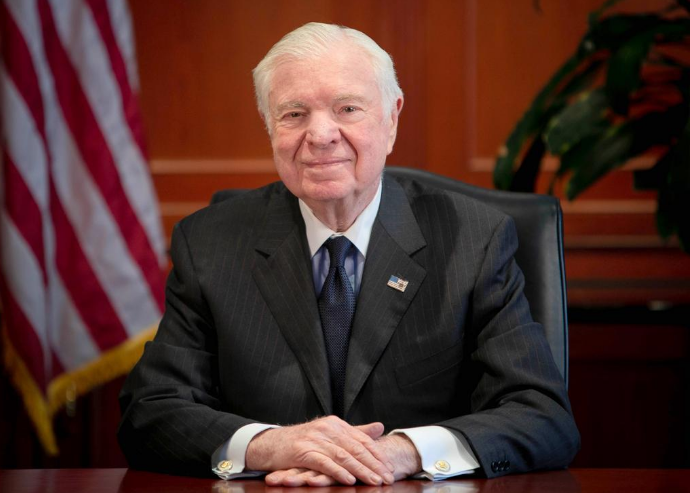 Alan Miller is retiring from his position as CEO at Universal Health Services at the end of the year, but will continue to serve as the company's executive chairman. Image via The Philadelphia Business Journal.

Alan B. Miller is retiring from his position as CEO at King of Prussia- based Universal Health Services at the end of the year, but will continue to serve as the company’s executive chairman, writes John George for the Philadelphia Business Journal.

Miller’s son, Marc D. Miller, will take over as CEO as part of a longstanding succession plan.

Eighty-three-year-old Miller has served as the company’s chairman and CEO since he founded UHS in 1979. What was then a six-employee operation has now grown to around 90,000 employees.

“Over the past four decades, we have worked hard to deliver upon our mission, care for patients in the most effective manner, grow strategically and seek opportunities,” said Miller. “I look forward with great optimism and am confident UHS will continue to thrive and grow.”

After Graduating Together and Working at Abington Hospital Jefferson Health Their Entire Careers, Identical Twin Sister Ready to Retire Together