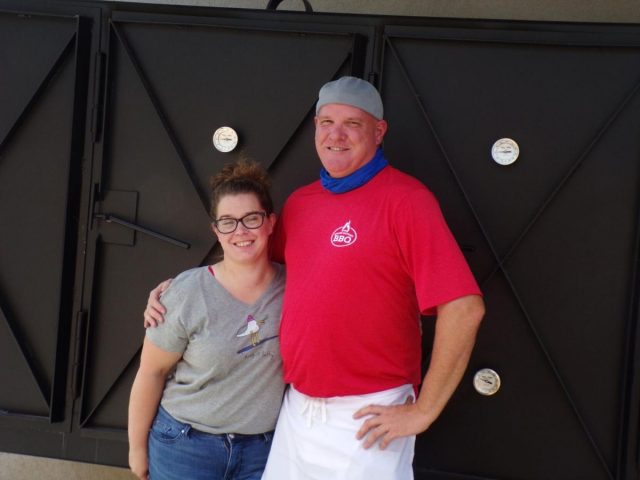 Andy Ruth and Holly Brooks have opened a new barbecue restaurant, The Smoke Factory BBQ, in a repurposed industrial building in Telford. Image via The Souderton Independent.

Andy Ruth and Holly Brooks have opened a new barbecue restaurant, The Smoke Factory BBQ, in a repurposed industrial building in Telford, writes Bob Keeler for the Souderton Independent.

The new eatery had its official opening on September 10. It has everything you would expect from a barbecue restaurant as well as some extras, said the husband and wife duo.

“We like to do all of our meats in different ways by putting them in sandwiches or tacos, so that there’s something for the whole family,” said Ruth.

He added that the restaurant makes all of its own sauces and sides from scratch.

“We pride ourselves on the fact that we make everything in-house,” he said.

The pair owned a food truck for four years before deciding to open a brick-and-mortar restaurant. It is starting with its regular menu but there are plans to add specials with different types of cuisine.

Due to the pandemic, the restaurant opened at 25 percent capacity, but the owners believe they will be able to compensate for that with takeout.

Read more about The Smoke Factory BBQ at the Souderton Independent by clicking here.