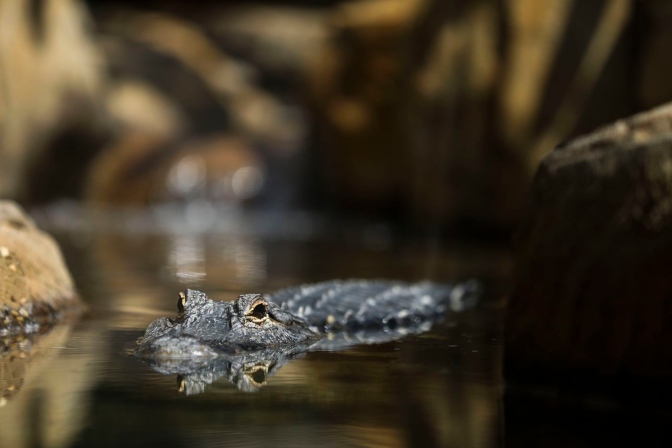 Thanks to the prompt reaction from the staff at Elmwood Park Zoo in Norristown, all animals remained safe during the Tropical Storm Isaias, writes Erin McCarthy for The Philadelphia Inquirer.

Elmwood Park Zoo sits along Stony Creek, which connects with the Schuylkill not far from the zoo. As such, it was hit much harder than most of the zoos in the region with water flooding half of the property.

To protect the inhabitants, zoo staff moved more than 30 animals before the storm arrived, including an alligator, giraffes, bobcats, snakes, and wild birds.

During the move, each of the animals presented its own unique set of challenges. For example Penny, the 200-pound American alligator, took a lot of coordination to relocate to a vacated jaguar exhibit. Still, the move proved to be necessary as her home was completely flooded.

After the storm ended, staff and volunteers immediately got busy cleaning up the damage left behind.

Read more about Elmwood Park Zoo at The Philadelphia Inquirer by clicking here.