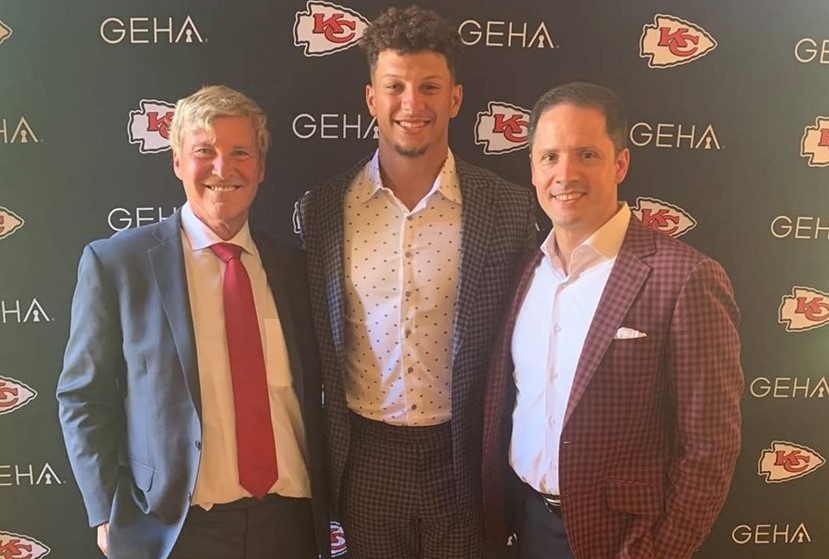 Kansas City Chiefs quarterback Patrick Mahomes just signed the richest contract for an athlete in the history of American sports.

And a Coatesville native helped broker the deal.

Mahomes, the 2018 NFL MVP who led the Chiefs to their first championship in 50 years with a victory over the San Francisco 49ers in Super Bowl LIV last February, recently inked a 10-year contract worth up to $503 million.

The 24-year-old Mahomes, one of the most prolific athletes in all of sports, is represented by legendary agent Leigh Steinberg and his top lieutenant, Chris Cabott. A 1997 graduate of Coatesville High School, Cabott is the President and COO of Steinberg Sports & Entertainment.

Last August, The Kansas City Star published a story by Sam Mellinger that detailed how Steinberg, one of the most renowned agents in all of sports, and Cabott recruited Mahomes to be their client. Before the 2017 NFL Draft, the two reached out to Mahomes first through social media, then through e-mail and voice mail. They got no response.

A few weeks after the last message they left, Mahomes’s mother Randi called back. Cabott took the call at a 7-Eleven near his condo in Los Angeles.

“I remember exactly where I was, exactly what I was doing, because I finally knew we might get an opportunity,” said Cabott, who earned his bachelor’s degree from La Salle University and law degree from Widener University.

“The main cog in the whole thing was Chris,” Pat Mahomes Sr. said. “He was sharp, knew how to treat people. I knew that was the way to win Patrick over, because family is close to his heart.”

After a long courtship, the quarterback viewed Steinberg and Cabott as the perfect fit for what he was looking for: agents who did whatever it took to give him the best opportunities and career possible.

“Just the way they approached it,” Mahomes said. “They told me they would make me a top priority. They believed I could be a Top 10 draft pick, and they’d help me elevate my off-the-field stuff in the best possible way.”

Football Hall of Famer, Who Spent a Year at Valley Forge Military College, Dies at 58