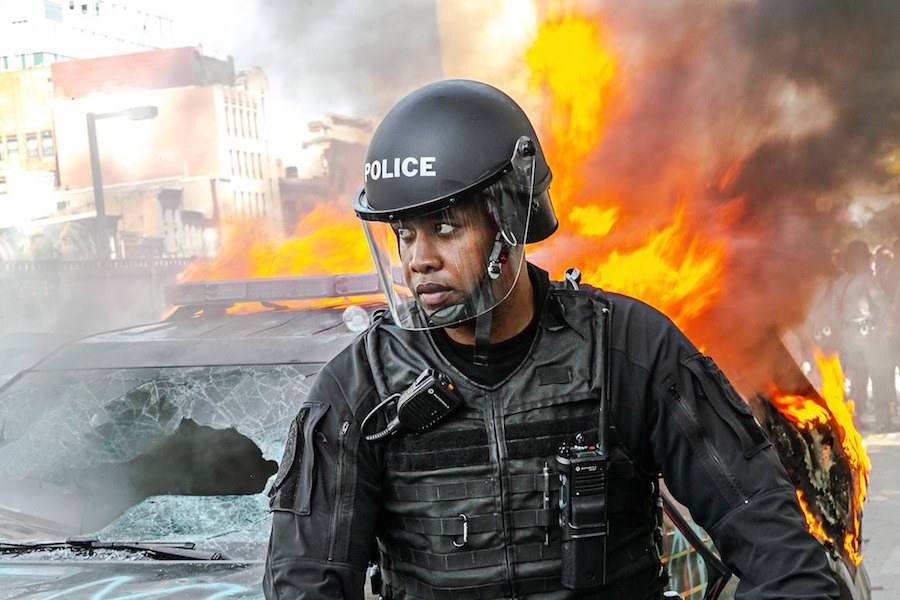 Merion Station-based photographer Sarah Bloom has captured one of the most iconic photographs from the Philadelphia protests over the death of George Floyd. Image by Sara Bloom via Philadelphia Magazine.

Bloom, whose captivating nude self-portraits in an abandoned Philadelphia building went viral several years ago, went to the city on Saturday to participate in the protests and document some of the events with her camera.

One of the photos she captured shows an African American police officer in front of a blazing police car.

Bloom was peacefully moving with a group of people down the Vine Street Expressway when she first noticed a large police presence and started to feel the mounting tensions.

Then, a group of people climbed on one of the police vehicles and started jumping on it before it was set afire. At first, a white police officer was standing in front of the car while it was being engulfed by flames, but then he was suddenly switched out with a black cop.

“I can’t say what happened there, but I bet that they intentionally put that black cop there,” said Bloom. “And I got an epic shot.”

Read more about Sarah Bloom at the Philadelphia Magazine by clicking here.