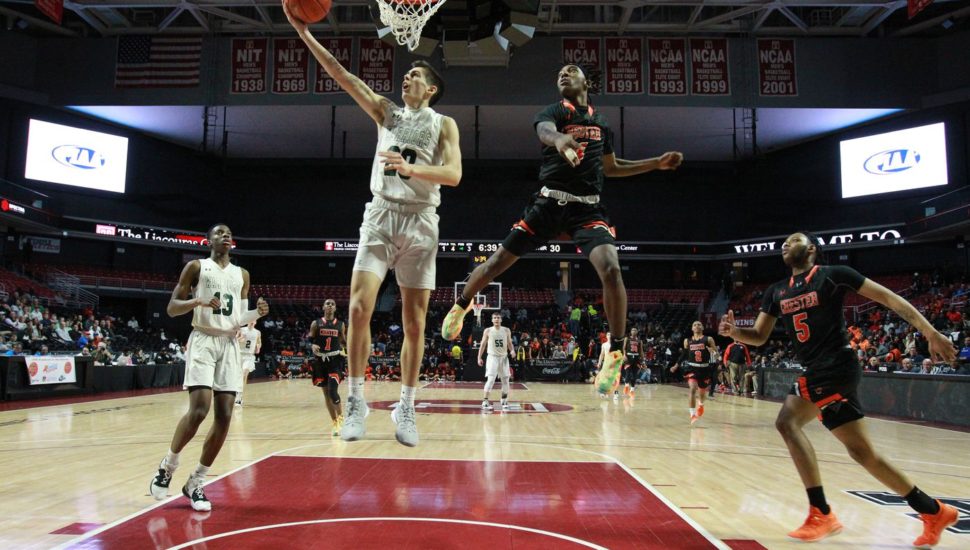 Erik Timko, a Methacton High School senior, has shown great progress on the court during the last several years and has scored 1,000 points in just two seasons.

Erik Timko, a senior at Methacton High School, has shown remarkable progress on the court in recent years and has managed to score more than 1,000 points in just the last two seasons, writes Phil Anastasia for The Philadelphia Inquirer.

Timko, who now averages a team-high 19.7 points, has developed from a player that spent most of his sophomore season on the junior varsity into a star on a team that has a 25-2 record and has just won its first District 1 Class 6A title in school history.

However, Methacton coach Jeff Derstine and senior stalwarts Brett Eberly and Owen Kropp do not find it strange that Timko is probably one of the most improved players in Pennsylvania over the last two seasons.

They have followed Timko’s progress and witnessed his hard work. They have also tracked his constant development from being a skinny middle-schooler to a junior-varsity standout to the top scoring threat in a team that is the now new District 1 Class 6A champion.

“His climb has been pretty incredible,” said Derstine.

Read more about Erik Timko at The Philadelphia Inquirer by clicking here.