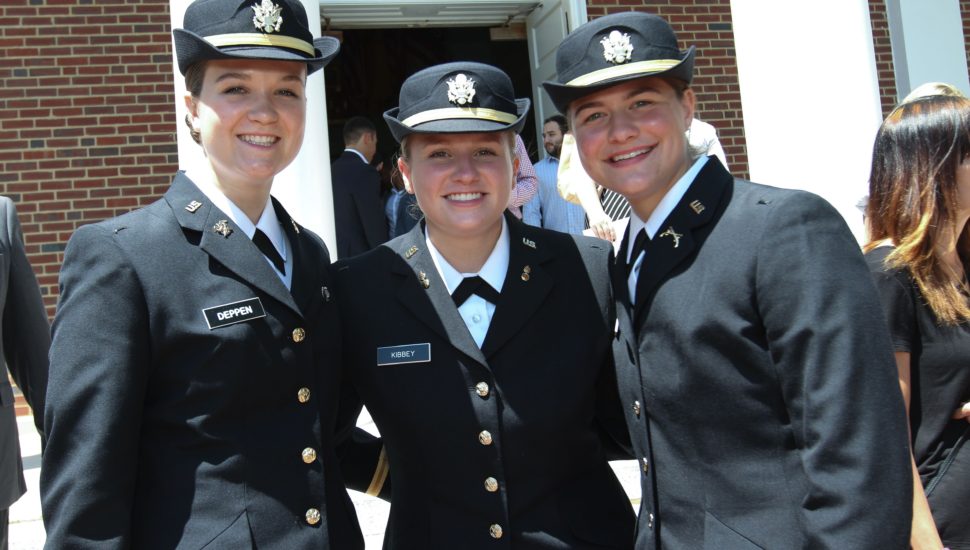 In May, 36 cadets commissioned as second lieutenants in the U.S. Army and moved on to complete their bachelor's degree at colleges and universities across the country, including Syracuse University, Pepperdine University, and American University.

Having been designated by the Governor and Legislature as the Military College of Pennsylvania, Valley Forge Military College in Wayne boasts a number of differentiators that distinguish it from other schools. One is its Army ROTC Early Commissioning Program (ECP).

The college offers ECP cadets the rare and prestigious opportunity to become a second lieutenant at the end of their sophomore year. Valley Forge Military College is the only college in the northeastern United States where that is possible.

Opportunities for graduates of this program are best-in-class. As graduates, newly commissioned second lieutenants serve in National Guard or Army Reserve units as platoon leaders, while they complete their bachelor’s degrees at colleges and universities around the nation. During their senior year at their follow-on university, lieutenants who are eligible may compete for active duty with ROTC students in their cohort. When cadets receive their bachelor’s degree, they will continue to serve in the National Guard, in the Reserves, or as active duty officers in units across the country and around the world.

“Our focus is to produce high-caliber officers of extremely high character,” said LTC Brett Gambacorta, Professor of Military Science at VFMC. “This accelerated program is a once-in-a-lifetime opportunity for young men and women who are motivated to become Army officers in two short years.”

Whether a student’s ambitions are rooted in Valley Forge’s rich military traditions or shaped by his or her educational needs, a two-year degree from Valley Forge Military College is no ordinary degree. The time spent there is a roadmap to future success in life.