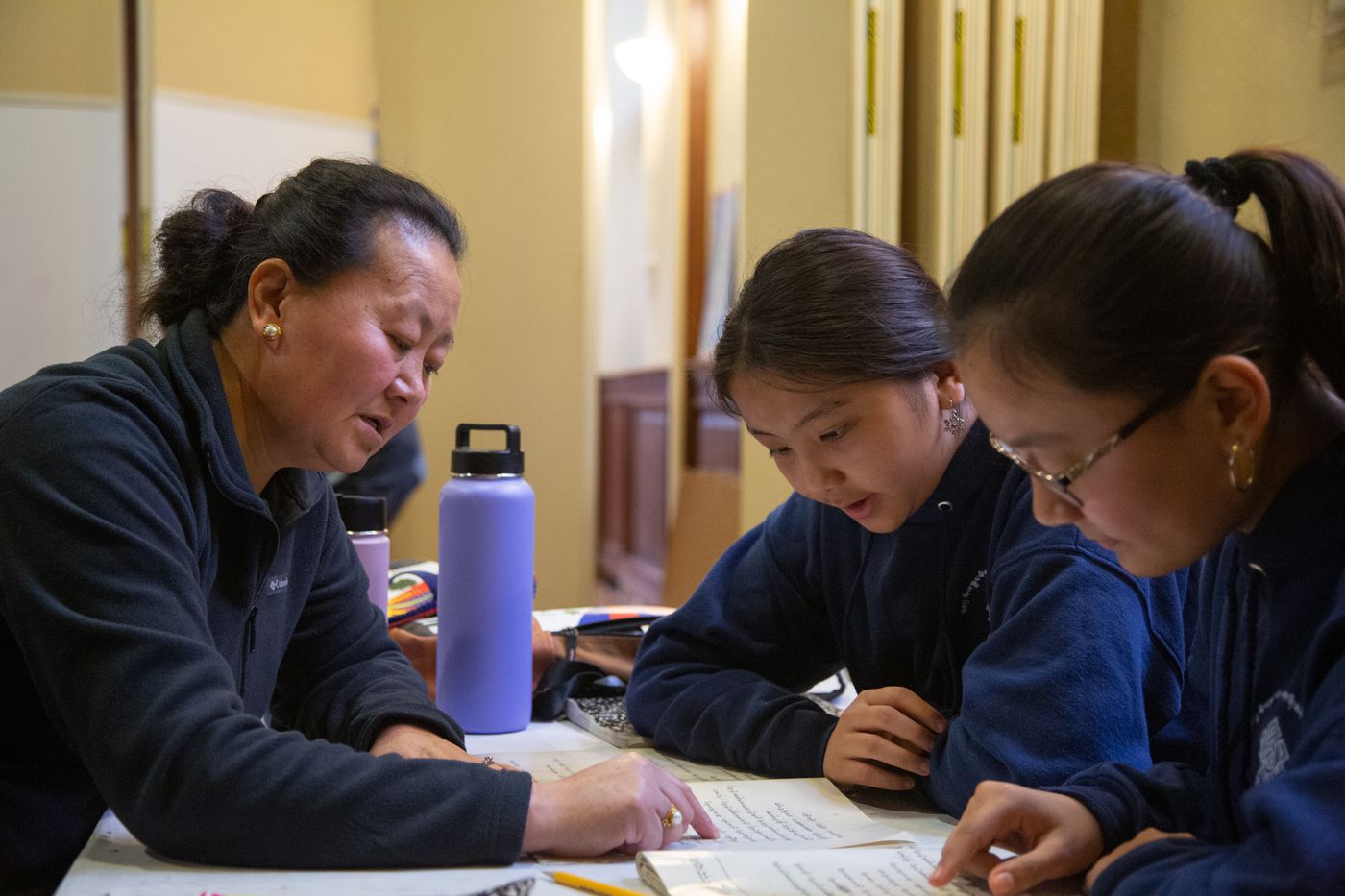 Dechen Kunsang (left) works with Tenzin Chukey, 11, and Tenzin Choezom, 11, at the Philadelphia Tibetan Sunday School. Scheduling conflicts and lack of their own home caused the group to move the school to Saturdays. Image via The Philadelphia Inquirer.

Jeffrey Granett, a retired Bryn Mawr cardiologist who serves on the U.S. Tibet Committee board, is hoping to help the Tibetan community in Philadelphia open their center by being one of its most vocal advocates, writes Jeff Gammage for The Philadelphia Inquirer.

“It’s the tiny diaspora that’s now responsible for the preservation of the language and culture, a responsibility that those in Philadelphia take very seriously,” said Granett.

A two-story center would provide people with a place where they could gather for ceremonies and celebrations and have classrooms where they could teach their children about the intricacies of a culture that faces complete erasure from the Chinese forces occupying Tibet.

The group is trying to raise $450,000 to construct a new building that would serve as the center after the property they were previously renting got sold.

They have so far managed to raise $136,000 through personal contributions, but it is still unclear where the rest of the money will come from.

“I don’t know any other way this culture is going to survive, said Granett. “Everyone of goodwill should support them.”

Read more about the plans for a community center at The Philadelphia Inquirer by clicking here.