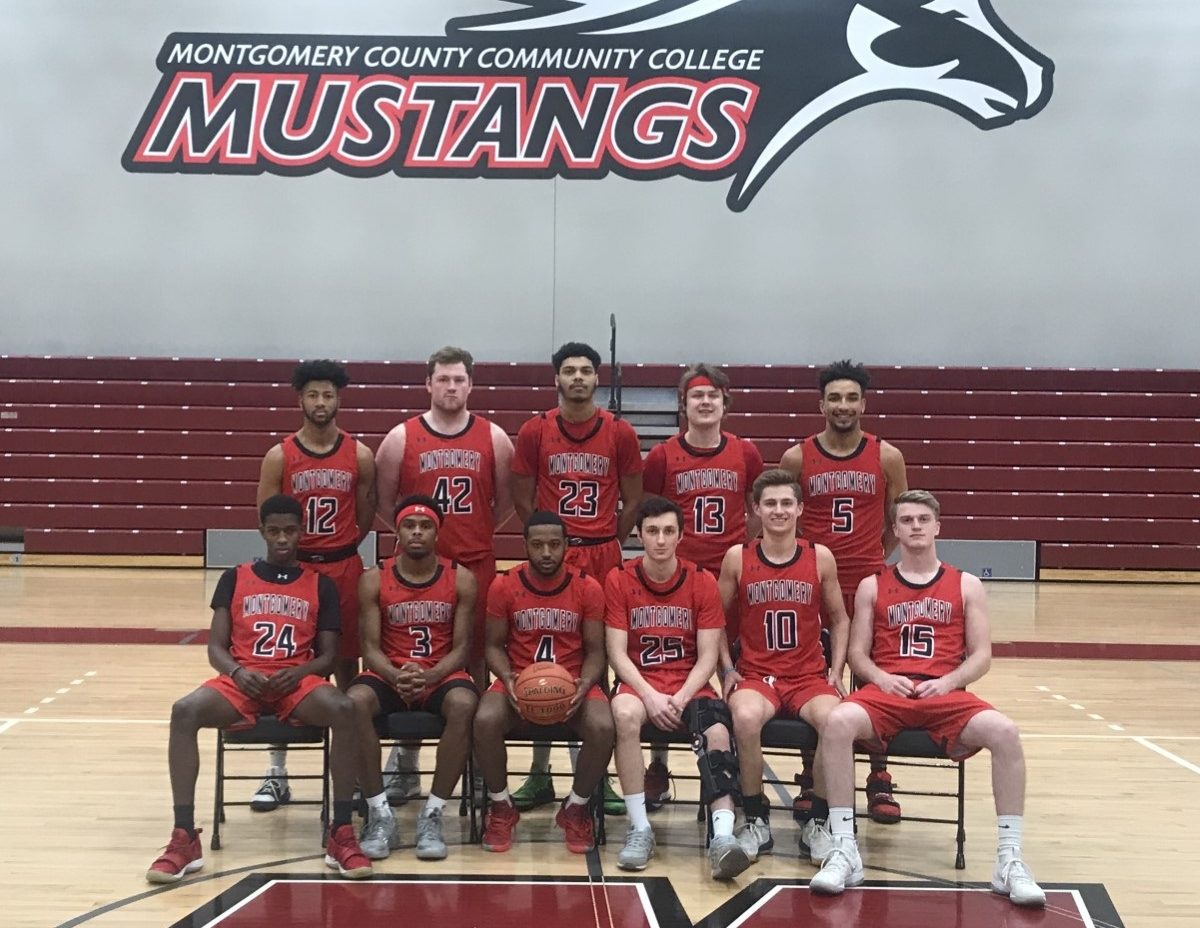 Brookdale gave them a tough battle, but the Mustangs pulled out the win in the second round of the National Junior College Athletic Association (NJCAA) Region XIX playoffs.

The team managed to score 36 points against Brookdale’s 34 in the first half, and continued the lead in the second half, scoring 38 points to Brookdale’s 36.

For the Mustangs, Seth Compas scored the most points, at 24. Cameron Reid led the team with 11 rebounds.

Best of luck to the Mustangs as they travel to Northampton Community College, 3835 Green Pond Road, Bethlehem for the semifinal round against Middlesex Community College on Saturday, Feb. 29, at 7 p.m.