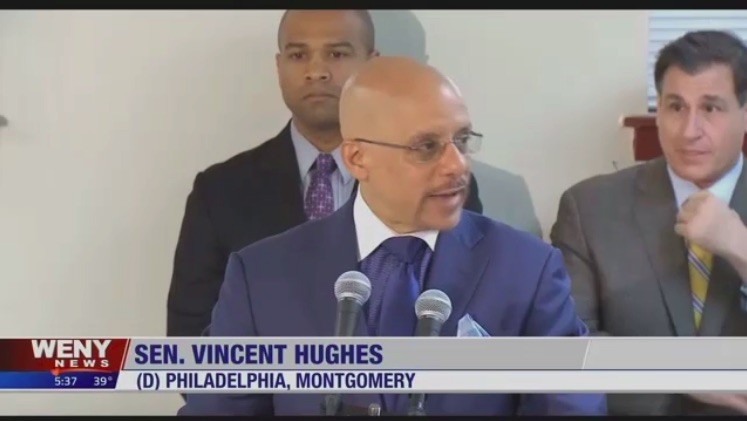 State Senator Vincent Hughes wants to tackle the affordable housing crisis in Pennsylvania with a plan he calls the New Deal for Housing. Image via WENY News.

State Senator Vincent Hughes, whose district includes part of Montgomery County, wants to tackle the affordable housing crisis in Pennsylvania with a plan he calls the New Deal for Housing, writes Cody Carlson for WENY News.

The proposal is a multi-year policy that aims to provide better housing opportunities for low-income families as well as certain other disadvantaged groups.

“There still remain thousands of homeless veterans in the state of Pennsylvania,” said Hughes. “Thousands. We will be standing for them.”

One aspect of the plan is to expand the Redevelopment Assistance Capital Program to fund select affordable housing projects and housing for homeless veterans and domestic violence survivors.

The proposal also calls for the creation of the Survival Accessible Fair and Empowering Housing Trust Fund to support victims of domestic violence.

Another addition would be a Low-Income Housing Tax Credit program to create affordable housing. This would create a program focusing on expanding homeownership for low-income communities, called Step Up PA.

Legislation for the New Deal for Housing could be introduced on the Senate floor in the middle of March, when lawmakers return to session.

Read more about the proposal at WENY News by clicking here.