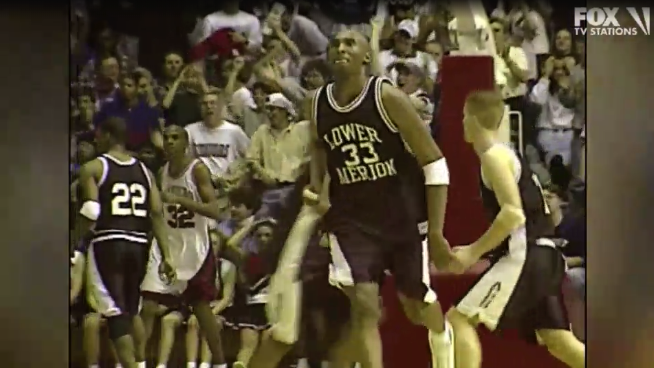 It's been more than two decades since Kobe Bryant graduated from Lower Merion High School in Montco, but he still credits one of his teachers with a lasting impression. Image via FOX TV.

While many people associate Kobe Bryant primarily with Los Angeles due to his Lakers years, it was actually his formative time at Lower Merion High School that helped mold him into a world-known NBA icon, writes Fox 29.

Bryant got his love for basketball from his father, who played professionally in the NBA before moving to Italy in 1984. There he played for several Italian teams until 1991.

After getting into the sport himself, the younger Bryant returned to the United States to join the basketball team at the Ardmore school, where he played for the next four years.

He became a starter on the squad in his freshman year, which did not finish that well for the team. However over the following three years, Bryant started to show early signs of his Black Mamba magic and helped the team reach a 77-13 record during that period.

In fact he earned 2,883 points during that time, a state record.

He also excelled off court, and always remained in contact with his sophomore English teacher, Jeanne Mastriano, who he said sparked his love for storytelling.

Read more about Kobe Bryant at Fox 29 by clicking here.