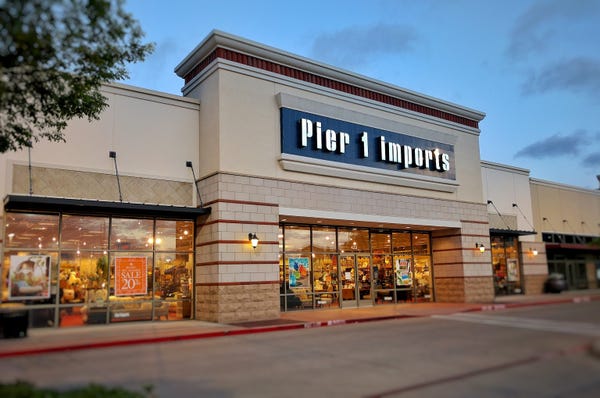 As part of its plan to eliminate 450 stores around the country, Pier 1 Imports will close at least eight Philadelphia-area locations, including its King of Prussia store, writes Kennedy Rose for the Philadelphia Business Journal.

While the company did not specify in its announcements which of its 942 stores nationwide will close,  eight local stores are among the ones removed from the retailer’s website and their employees have confirmed the closures.

In addition to the King of Prussia location, the Philadelphia area stores that will be closing are in Glen Mills, Paoli, Feasterville, Springfield, Cape May Court House, NJ, Cherry Hill, NJ, and Dover, DE.

The closing dates for any of the local stores have not yet been set.

Meanwhile, employees at the Pier 1 location in Pottstown declined to confirm if their store will close, despite being removed from the retailer’s website.

It is also still unknown how many employees will be impacted by the closures and if some of them will be offered a position in any of the local stores that are remaining open.