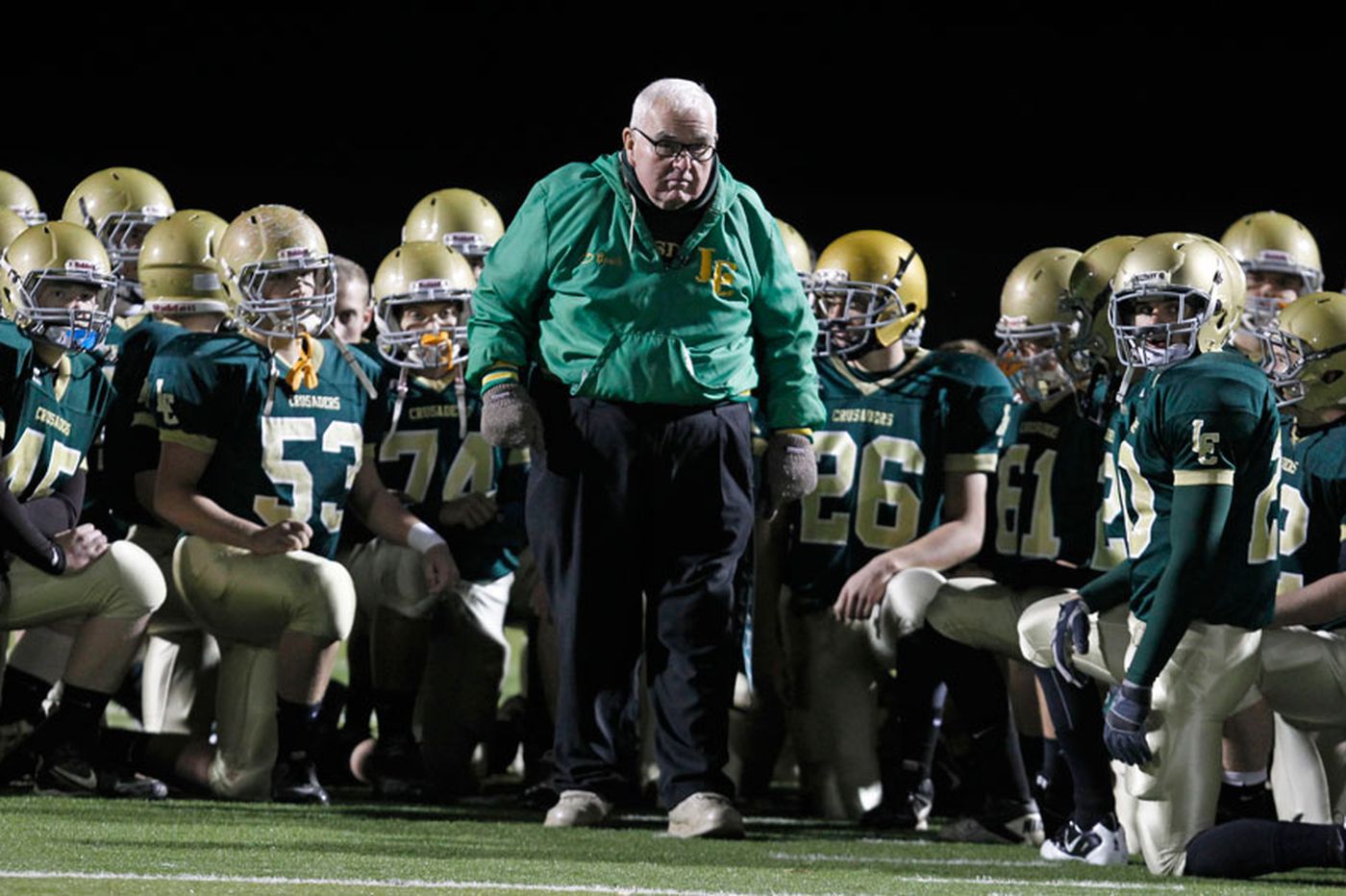 Jim Algeo was the head coach at Lansdale Catholic for 44 seasons. His teams won 294 games. He died on Sunday. Image via Ron Cortes, The Philadelphia Inquirer.

Jim Algeo, the legendary Lansdale Catholic football coach whose influence on his players extended far beyond the field, died at 83 on Jan. 19, writes Phil Anastasia for The Philadelphia Inquirer.

Algeo’s teams were well known for their competitiveness, toughness, and attention to detail. But most of all, they were always ready for a game. His mantra, said current Lansdale Catholic coach Dom D’Addona, was “put the ball down and let’s play.”

“I wasn’t even here at that time and I know that,” said D’Addona.

Algeo led the Lansdale Catholic team for 44 years. During that time, they won 294 games and 11 titles in various conferences. The team also won the PIAA Class 2A state title in 2004.

The most famous player Algeo trained during his decades as the Lansdale Catholic head coach was quarterback Joe Judge. Earlier this month, Judge was named head coach of the New York Giants.

“Coach Algeo was a great coach and even better man,” said Judge. “He taught us the importance of working hard for the man next to you more than our own individual goals.”

Read more about Jim Algeo at The Philadelphia Inquirer by clicking here.