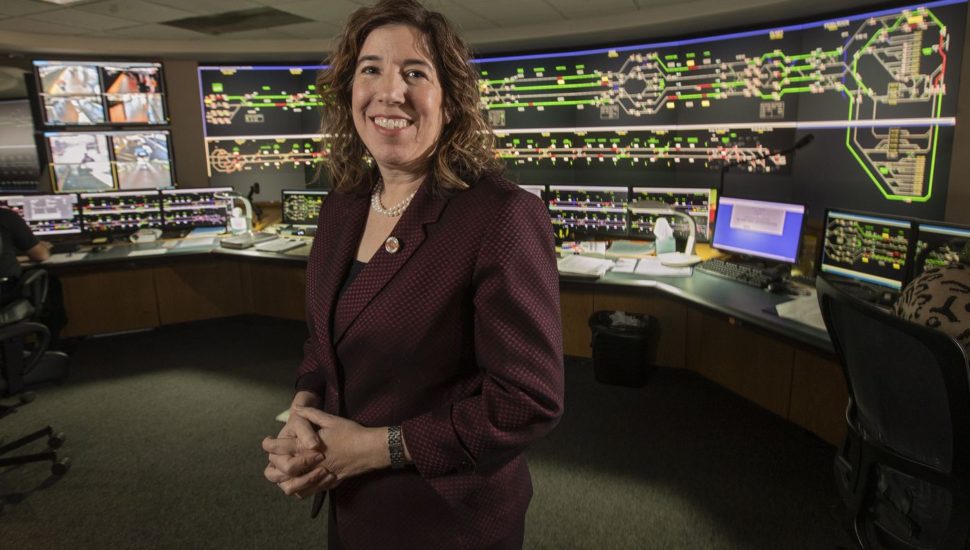 Former Montgomery County Commissioner and SEPTA’s new general manager, Leslie Richards, has big things in mind for the future of the transportation authority, writes Patricia Madej for The Philadelphia Inquirer.

Richards, who herself uses SEPTA several times a day, began her new position with a lot on her plate.

This included the growing costs from the SEPTA Key, declining bus ridership, an FBI Probe, trolley modernization, and the rail extension to King of Prussia.

In addition, there are omnipresent funding concerns.

“Transit funding is in a real precarious point right now,” she said.

However, she still plans to find time to deal with the issues that are important to her, including equity and accessibility, community engagement, and easing congestion. The environment and sustainability are also on her list.

Most importantly, she wants to make sure people can always get where they need to be on time.

“People think I’m in the transportation business; I think that I’m in the people business,” she said. “I’m here to reduce stress in their day.”

Read more about Leslie Richards at The Philadelphia Inquirer by clicking here.