Despite Complaints, Golden Rainbow Trout to Be Introduced to More State Waterways 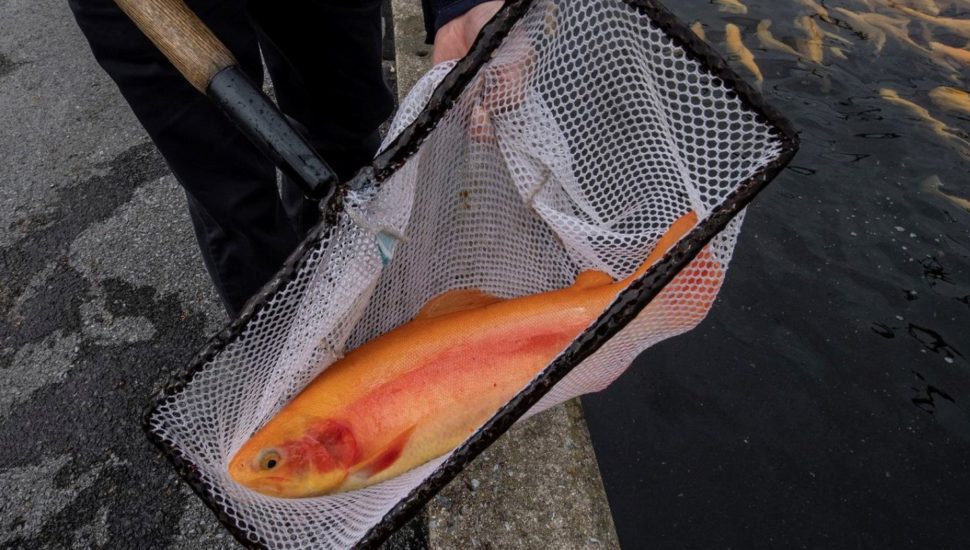 To attract more anglers amidst a national decline in fishing, the Pennsylvania Fish and Boat Commission is introducing golden rainbow trout and other prized trout into more state waterways, writes Frank Kummer for The Philadelphia Inquirer.

The state already has a small program for stocking waterways with trout but is planning to expand this significantly in the spring. This means that starting next year, the Wissahickon, Neshaminy, and other Philadelphia-area creeks, streams, ponds, and lakes will become home to some of these prized trout.

However, not everybody is happy with this decision. Trout Unlimited, one of the nation’s largest fishing-related conservation organizations, believes that increasing the number of nonnative species will force them to compete with much smaller native brook trout for food and space.

Still, state officials are going to proceed with their plans.

“What we’re trying to do as an agency is recruit, retain, and reactivate anglers so that more people are out there fishing,” said Brian Wisner, director of the commission’s Bureau of Hatcheries. “I think that increasing the number of trophy trout that we are stocking will be a good way for us to help get more people interested in angling here in Pennsylvania.”

Read more about the commission’s plans in The Philadelphia Inquirer here.